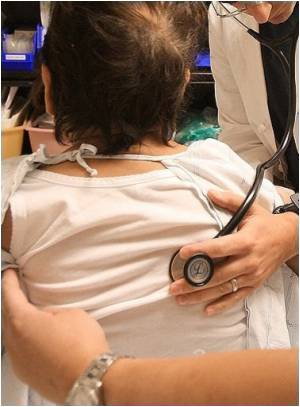 An Indian medical group, with the backing of the Maharashtra government, is to create awareness about handwriting legibility among doctors to prevent fatal errors due to sloppy writing.

More than 100 doctors across Maharashtra state met last week and found handwriting legibility to be one of the most alarming issues they faced, according to the non-profit umbrella body Medscape India.

Patients could be saved millions of trips to their GP under a new scheme that has the potential to revolutionise the system of prescribing medicines.
Advertisement

"Due to lack of clarity in doctors' written prescriptions, the number of deaths caused in India and internationally are on a shocking rise," a statement from the group's president Dr Sunita Dube said, without providing details.


She now has government backing for the drive after writing to the state health minister, explaining that many chemists, especially in smaller Indian towns and villages, are unable to understand drug prescriptions.

A study has claimed that pupils' joined-up handwriting is deteriorating, as they learn to type on a keyboard even before putting pen to paper.
Advertisement
Owing to misinterpretation, "an incorrect drug is administered to the patient which a lot of times proves fatal or nearly fatal", Dube wrote.

Medscape India plans to produce a handbook to serve as a quick guide for doctors, and will be offering small workshops on simple techniques for writing quickly and clearly, Dube told AFP.

"We have to reach the right drugs so we can save lives," she said, encouraging doctors to write in capital letters and check spellings in drug reference books.

She said improvements could also prevent litigation against doctors, who have long been associated with illegible scribbles.

"I keep on getting so many jokes," Dube said. "Jokes apart, it's a serious note we're putting out."

Has the Keyboard Replaced Handwriting?

How often do we write using pen and paper? A study that looked into the frequency shows of actually putting pen to paper found that most adults have not written anything for more than six weeks.
Advertisement
<< Indian Under-Fives the Most Vulnerable in the World: UNICEF...
New Guidelines For Hypothyroidism Issued >>