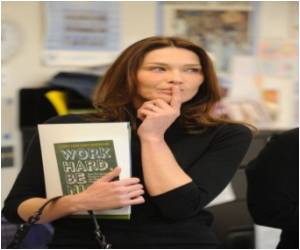 We often feel guilty for prioritizing ourselves over others while making a decision that favours self-interest.

In prioritizing others, however, we sometimes forego the things that we know will make us happy. This raises an intriguing question: Is there any way to pursue self-interest without feeling bad about it? Can we have the proverbial cake and eat it, too?

An international survey has found that Indians feel most guilty over their negative impact on the environment.
Advertisement

Now, a new research has suggested that having our self-interest imposed upon us may help us to avoid feelings of guilt.


Psychological scientists Jonathan Berman and Deborah Small of The Wharton School of the University of Pennsylvania speculated that removing individuals' sense of agency would remove their feeling of responsibility for an outcome, leaving them free to enjoy self-interest without feeling selfish.

Berman and Small speculated that the students were happier specifically because they didn't have to choose between the self and others. But it's possible that they also could have been happier because there was no choice at all, so the researchers decided to conduct a second experiment. This time, all of the participants had to choose between two options.

The participants in the self-interest group, who could only choose between options that would benefit themselves, reported being the happiest. These findings confirm that it's specifically the conflict between self and others that reduces happiness, not the mere presence of a choice.

To eliminate the possibility that the participants' preferences might be influencing the results, the researchers conducted a third study in which they specifically manipulated the participants' sense of agency.

Together, these three studies show that people are happier when a self-benefiting option is imposed upon them because it frees them from having to take responsibility for the outcome.

Of course, that doesn't mean we necessarily recognize the value of having our options constrained in this way.

When Berman and Small asked another group of students which condition they would prefer hypothetically - imposed self-interest, imposed charity, or choice - 63.6 percent said that they would prefer to have a choice. So, having the freedom to choose between various options is important, but it doesn't ultimately make us happier.

Women Feel Guilty and Distressed When Contacted Outside Workplace

As compared to men, women are more likely to have feelings of guilt and distress if they are frequently contacted by colleagues, supervisors or clients outside their workplace.
Advertisement
<< NHS Resources More Strained by Middle-Aged Drinkers Than Te...
Hospital Bugs and Contamination Fears >>

According to a new study, people unlike chimpanzees will reject an offer of water, even when they are severely thirsty, if they perceive the offer to be unfair.
Advertisement
News A-Z
A B C D E F G H I J K L M N O P Q R S T U V W X Y Z
What's New on Medindia