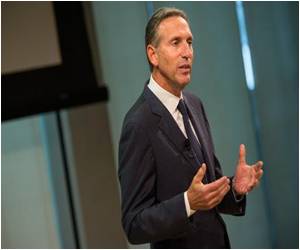 When companies all over the world are looking to hire fresh and young employees brimming with ideas, a new study reveals that older employees bring valuable knowledge to the job. They have higher "crystallized intelligence", which includes verbal ability and knowledge born of experience, the findings showed.

But compared with their younger counterparts, older executives show marked declines in "fluid intelligence" which involves the ability to reason, the researchers found. The findings published in Applied Psychology could help employers avoid age discrimination while recruiting new staff.

"We found that older executives performed somewhat worse on tests of general mental ability, and markedly worse on figural and inductive reasoning tests, which assess fluid intelligence," said Rachael Klein, lead researcher, doctoral candidate at the University of Minnesota in the US. "Given the rising numbers of older employees in the workforce, as well as the rise in age-based discrimination cases, it is increasingly important for employers to be careful regarding which tests of cognitive abilities they administer," Klein added.


The new report detailed several studies designed to measure the general mental ability of older workers. To measure crystallised cognitive ability, participants were given a vocabulary test.
Advertisement
"Crystallized cognitive abilities represent acquired knowledge," study co-author Deniz Ones noted. Solving problems on fluid ability measures does not depend on prior learning, but rather on abstract reasoning ability, Ones pointed out.

The researchers found that general mental ability decreased gradually across age groups relative to applicants under age 30, with more marked declines for groups older than 59. "Beyond 59, average test scores for the older age groups decreased more rapidly," the researchers said. But with respect to crystallised intelligence, older individuals had higher scores on average compared with younger ones.

Yoga Training for All Government Employees from April
Central minister Jitendra Singh has said that the government will hold yoga training for the ......

Health and Sleep Improved With Flexible Work Schedules for Employees
People having flexible work schedules have better health and they sleep better than their ......

Companies Ask Employees to Pay More for Parental Cover
Corporate firms as well as insurance companies are finding it difficult to cope with the medical ......

Employees' share of health care cost keeps rising in the US
Healthcare deductibles in America have doubled in the last decade forcing the lower and mid-income ....