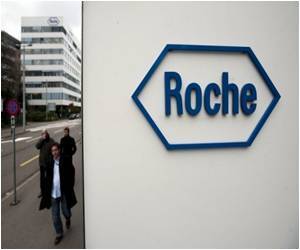 Swiss drug maker Roche has revealed that the European Commission has approved the use of Avastin for treating women with early and advanced form of ovarian cancer.

Announcing the approval, the company's Chief Medical Officer Hal Barron said, "Today's approval of Avastin marks the first major treatment advance in newly diagnosed ovarian cancer in 15 years. This is the fifth tumor type for which Avastin has been approved in Europe, making it one of few biologic drugs indicated for multiple cancers."

Polycystic ovarian syndrome is the most common hormonal disorder among women of reproductive age and can cause infertility.
Advertisement
<< Toddlers Only Recognize Language Mistakes at Age of 4
Cancer Treatment Drugs can also Battle Antibiotic Resistance... >>