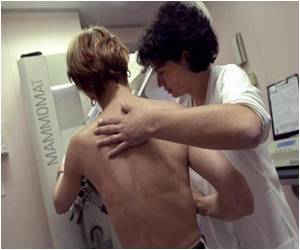 The initiative was supported by Women's Cancer Initiative by Tata Memorial Hospital that focusses on alleviating physical, emotional and financial suffering associated with cancers in women.

With breast cancer seeing an alarming rise in the country, Padma Vibhushan Dr. S.H Advani, director of medical oncology at Jaslok Hospital, said Monday that an estimated 2.2 lakh women are expected to be diagnosed with breast cancer this year.


"In Mumbai and Delhi alone, there are 25-30 new cases per one lakh women each year," he said, emphasising that screening is the only way of prevention.

Breast cancer is one of the leading causes of cancer deaths among women. It is often said that a woman who breast-feeds is at a lower risk of developing cancer compared to another who does not .Are these mere old wives tales or is there some truth in it? This quiz on breast cancer has all the details.
Advertisement
Breast cancer survivors shared stories of overcoming the traumas they, along with their families go through in the fight against this life-threatening disease.

The scanner provides 3D details of the whole breast relatively swiftly, which was not possible before. Experts at the hospital termed it as a painless alternative to mammography and said that it also allows a more detailed and clearer image as a follow-up to a conventional mammogram.

Jaslok Hospital also announced a Free Women's Cancer Screening Camp till the end of this month as October is internationally recognised as breast cancer month.