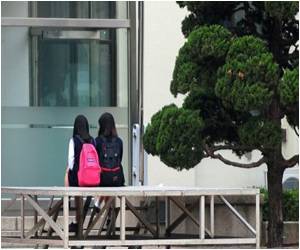 Preliminary results of the first national survey to scrutinize the impact of bullying on children with autism spectrum disorders (ASD) were reported by The Interactive Autism Network (IAN), the nation's largest online autism research initiative and a project of the Kennedy Krieger Institute. The results show that 63 percent of children with ASD have been bullied at some point in their lives. These children, who are sometimes intentionally "triggered" into meltdowns or aggressive outbursts by peers, are bullied three times more frequently than their siblings who do not have ASD.

"These survey results show the urgent need to increase awareness, influence school policies and provide families and children with effective strategies for dealing with bullying," said Dr. Paul Law, director of the IAN Project at the Kennedy Krieger Institute. "We hope that this research will aid efforts to combat bullying by helping parents, policymakers and educators understand the extent of this problem in the autism community and be prepared to intervene."

Nearly 1,200 parents of children with ASD completed the survey. Findings show that these children (ages 6 to 15 years) are especially vulnerable to bullying, and point to a number of risk factors.


Where and When Bullying Occurs

An article that highlights the harmful effects of antidepressants on children with autism.
Advertisement
Potential Risk Factors

Experience as Bullies and "Bully-Victims"While children with ASD are frequently victims, they may also behave as bullies, or at least be viewed as a bully.

Researchers believe that the deficits in social understanding common in children with ASD may lead to bullying behavior by the child that is different than that displayed by typically developing children. For example, an honest but socially unacceptable remark such as, "You're fat," by the child with ASD may be viewed by others as purposely cruel when it is not. Likewise, a child with ASD who is accidentally bumped into might misinterpret this as intentional, and lash out in a way that looks like bullying.

"Children with ASD are already vulnerable. To experience teasing, taunts, ostracism or other forms of spite may make a child who was already struggling to cope become completely unable to function," said Dr. Law. "The issue is complex and we plan to carefully analyze the data and publish peer-reviewed findings that will serve to advance policy and care for individuals with ASD."