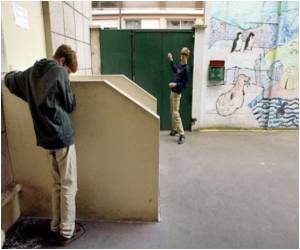 Autistic children with fewer toys respond better to treatment, it has been found. For the less the number of toys to be distracted by, the greater the chances of eye contact and that way develop better of communication skills.

A report examining one type of autism treatment - called Hanen's More Than Words -appears online March 22 in the Journal of Child Psychology and Psychiatry.

In a recent research, a mouse model was developed to study how a gene mutation leads to autism disorder.
Advertisement

"This report adds to our emerging knowledge about which interventions work for which kids. It will help match children with the right intervention and not waste time enrolling them in treatments that are not well-suited for them," said co-author Wendy Stone, director of the UW Autism Center.Stone said that parents often detect autism symptoms when their children reach about 17 to 18 months old. At this age, typical signs of autism include the child using fewer gestures and facial expressions to communicate, and being less likely to initiate social exchanges, such as pointing out something of interest, than other children the same age.


One in 110 children has autism spectrum disorders, which include autistic disorder, Asperger's syndrome and pervasive developmental disorder-not otherwise specified. More boys, one in 70, than girls are affected.
Advertisement
Few autism interventions focus on toddlers - children aged 1 to 3 - and those that do can be time-intensive and expensive. Stone and her collaborators wanted to study the effectiveness of a short-term, relatively low-cost intervention for toddlers showing warning signs.

"Our ultimate goal is to catch the symptoms early and find effective preventive interventions so that these children can attain their full potential," Stone said.

Sixty-two children (51 boys and 11 girls) younger than age 2 and meeting criteria for autism disorders, participated in the study with their parents. The researchers measured the toddlers' baseline social and communication skills during a pretest in which parents and their children played with toys and read books while a researcher observed.

Then the youngsters were randomly assigned either to the Hanen's More Than Words program or to a treatment-as-usual control condition. The program is intended to stimulate mature communication, language development and social skills.

The parents in the treatment group learned strategies to help their toddlers communicate, such as practicing taking turns, encouraging eye contact and modeling simple sentences from the child's perspective. For instance, when the child pointed to crackers, the parent wouldn't just hand over the food. Instead, the parent would get down at eye-level with the child and say, "I want crackers."

"By age 2, most kids have already learned how to interact and communicate with others," Stone said. Children showing early signs of autism spectrum disorders don't seem to learn basic social interactions without coaching, she said.

But they did find that the intervention helped a subset of the children. Kids who played with fewer toys during the pretest showed more improvement if they received the treatment than if they didn't. They showed more instances of making eye contact, pointing to or reaching for objects of interest and showing or giving the experimenter a toy.

The effect lasted for at least four months after the intervention ended.