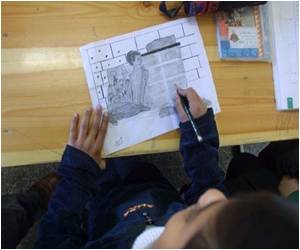 Men and women with autism show significant differences in the cognitive functions, states study published in PLOS ONE.

Though individuals with autism show sex-specific differences in serum biomarkers, genetics and brain anatomy, little is known about any sex-dependent differences in cognition caused by ASC. Following their previous report on behavioral sex differences in adults with ASC (also published in PLOS ONE in this new study the researchers compared four aspects of cognition in adults with ASC to those with typical development. They found that perception of facial emotions was equally impaired across both sexes in individuals with ASC. In tasks involving attention to detail or dexterity requiring strategic thinking, women with ASC performed comparably to women without ASC, but men with ASC showed more difficulties than neurotypical men.

According to the authors, their results suggest that the severity with which certain cognitive functions are affected by autism may be dependent on sex, and has implications for assessment and intervention of ASC.


"What we know about males with ASC should not be assumed to generalize to females", said Dr. Lai. "Their similarities and differences need to be investigated systematically in autism research."

It is difficult to distinguish between the myths and facts where autism is concerned. Test your knowledge on the facts of autism with this quiz.
Advertisement
<< Significant Changes In The Treatment Of Alcohol Dependence
Novel Drug for Crohn's Disease >>

The causes of autism and autism spectrum disorder (ASD) are complex.

Iron Intake Calculator Selfie Addiction Calculator Daily Calorie Requirements Pregnancy Confirmation Calculator A-Z Drug Brands in India The Essence of Yoga Vent Forte (Theophylline) Noscaphene (Noscapine) Blood Pressure Calculator Find a Hospital
This site uses cookies to deliver our services. By using our site, you acknowledge that you have read and understand our Cookie Policy, Privacy Policy, and our Terms of Use