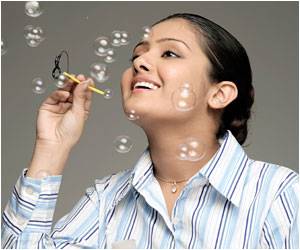 A recent survey in Australia has revealed the presence of gender inequality in the country with female graduates earning less than their male counterparts when they enter the workforce even when they are more educated.

The salary difference is particularly more glaring at higher levels of qualification, something not seen in many other developed nations.

The Australian Centre for Educational Research briefing found that the pay of higher education graduates was more than 50 percent higher than of workers without a degree.


Between 1998 and 2009, Australia was one of a number of countries where females made up more than 50 percent of new university students.

Dr Daniel Edwards, ACER senior research fellow and co-author of the paper, said that the resultant data was concerning.

"While Australia is not alone on this point, the fact that the discrepancy in earnings between men and women is larger among the more highly qualified cohort is of concern and is not replicated in a number of other countries," News.com.au quoted him as saying.

The research found that Australia had a large number of university-qualified people, a level reached relatively recently compared with other nations, which have experienced high attainment levels for generations.

The research comes as about 400,000 students from 40 universities are surveyed on the core aspects of their university experience.

Painful pelvic region is a common complaint in females. What is pelvic pain -its causes and treatment with diagnostic test required to diagnose the underlying pathology.
Advertisement
<< Creams and Circumcisions are the Panacea Offered by Iraq's ...
Blood Biomarker for Lou Gehrig's Disease Discovered >>

Most breast lumps are caused by hormonal changes in a woman and may not be cancerous. Keeping the threat of breast cancer in mind every breast lump should be medically evaluated.
Advertisement
News A-Z
A B C D E F G H I J K L M N O P Q R S T U V W X Y Z
What's New on Medindia