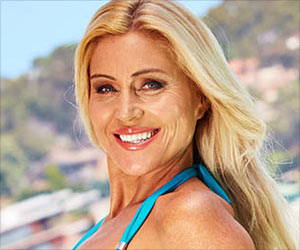 Swimming champion Susie Maroney revealed that she is battling skin cancer after discovering a melanoma on her back.

The 41-year-old mother-of-three said that she became concerned about a mole on her back and visited a general physician who then referred her to a skin specialist three weeks ago.

The 'X-men' actor, Hugh Jackman was diagnosed with skin cancer for the fifth time and underwent a surgery to remove the cancer blot.
Advertisement
‘Australian swimming legend, Susie Maroney had undergone a procedure to remove skin cancer from her back. However, she will undergo a second more intrusive procedure for the illness.’

She underwent surgery, and a biopsy confirmed the presence of a nodular malignant melanoma.


Maroney is scheduled to undergo another surgery at Sydney's Kareena Private Hospital. A nine-centimeter long incision is required to remove the malignant melanoma.

Scientists Reduce Progression of the Most Aggressive Skin Cancers in Mice

The c-Fos oncogene has traditionally been linked to cellular activities related to cancer, such as differentiationconversion from one cell type to another cell division or survival.
Advertisement
"Hopefully, they will get all the melanoma out. If they don't, I will have to have further take tests and scans to see if it has spread anywhere else in my body," said Maroney.

Maroney is the primary carer of her children Paris(7), Capri (5), and River (3). Maroney's partner is former rugby player Perry Cross.

"They're so young, and they need me. I was crying when I heard those words because this is something you can die from," she said.

A skin cancer drug Trametinib is a significant step towards developing treatments that may delay the onset of aging in humans within the next 10 years.
Advertisement
<< A Learning Disabilities Commissioner Would Protect Rights of...
Green Corridor Gives New Lease Of Life To Four Patients >>

Daily Calorie Requirements Find a Doctor Sinopril (2mg) (Lacidipine) Blood Pressure Calculator Indian Medical Journals Selfie Addiction Calculator The Essence of Yoga Accident and Trauma Care Blood - Sugar Chart Drug Side Effects Calculator
This site uses cookies to deliver our services. By using our site, you acknowledge that you have read and understand our Cookie Policy, Privacy Policy, and our Terms of Use