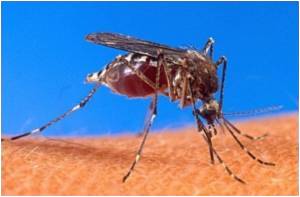 The state of Victoria is battling the worst locust plague in 75 years. The state government has announced a $43.5 million program to tackle the situation.

Australian farmers have mostly completed planting of winter crops including wheat and canola, with final output depending on favorable weather through the remainder of the year. Aerial pesticide spraying and ground-level controls by agencies and growers is planned to curb the spread of the locusts and reduce damage to crops and pastures. The country is the fourth largest wheat exporter in the world.


Locusts can cause widespread and severe damage to pastures, cereal crops and forage crops, according to the Department of Agriculture, Fisheries and Forestry website. A swarm may contain millions of locusts covering several square kilometers and overnight migrations of as much as several 100 kilometers are not uncommon, it said.


The earliest record of an Australian swarm is from 1844. High density swarms, with more than 50 insects in a square meter, can eat 20 metric tons of vegetation a day, according to a South Australian primary industries website.

Locusts are expected to hatch from August to October in Victoria, New South Wales and South Australia states, according to the Canberra-based Australian Plague Locust Commission. The first-generation spring hatching alone could occur over a total area of 1.8 million hectares (4.4 million acres), the Commission's Director Chris Adriaansen said.

Victoria's premier John Brumby said in a statement, "The advice of leading scientists indicates the scale of the coming spring's outbreak could be as bad as we experienced in 1973 and 1974 when locusts swarmed through much of Victoria...Prior to that, the last outbreak of this scale was in 1934, so we could be facing a once-in-a-lifetime locust plague with locusts swarming right across the state."

"If we get a massive hatching like they are expecting in spring then what the grasshoppers will do is go into the crops and start chewing the heads off the wheat," said Mark Hoskinson, who farms 2,500 hectares at Kikoira in New South Wales. Locusts decimated a crop sown by his grandfather after drought in the 1940s and this year's threat also follows recovery from dry conditions.

"We have experienced 10 years of drought and the last thing we need is a crop failure due to grasshoppers," said Hoskinson, also chairman of the NSW Farmers Association's grains committee. "We really need growers to be on the lookout for hatchings."

As part of the government program, farmers will get a 100 per cent rebate for the cost of locust spraying chemicals.

The Premier will chair a new task force to implement the plan, which includes the establishment of three incident control centres in northern Victoria and the treatment of 600,000 hectares of public land.

Fixed wing planes and helicopters will be leased to conduct aerial spraying missions.

However, experience from past infestations suggested widespread crop damage from this year's outbreak would be limited, according to analysts including Commonwealth Bank of Australia agricultural commodities strategist Luke Mathews.

"It is something that bears watching but I don't think it is a significant factor in the minds of traders at the present stage," Mathews said. "Weather conditions first and foremost dictate the size of the Australian wheat crop and winter crop production in total."

Wheat production this harvest could drop below 20 million metric tons or rise or more than 23 million tons, depending on weather, Mathews said. The bank is forecasting a crop of 20 million to 21 million tons. Output last season was 21.66 million tons, the Australian Bureau of Agricultural and Resource Economics estimated in March.

Space Technology Comes in Handy to Tackle Humanitarian Crises  WHO
Great advances have been made in space technology in the past decade, and these advances have become useful for addressing humanitarian crises, the World Health Organisation says.
READ MORE