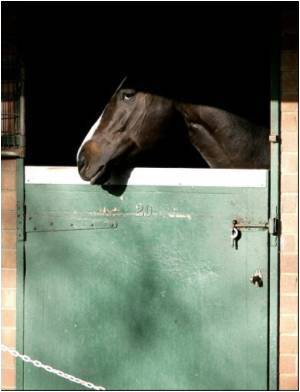 The Australian Racing Board has reportedly announced a ban on anabolic steroids. The ban will apply to horses both in and out of competition from the age of six months, with that period allowed in the interests of animal welfare.

According to The Independent, the new rule will be introduced on November 1, with the ban taking effect from May 1 next year to give any treated horses six months to be clear of the drugs.

The report mentioned that under current rules, steroids are prohibited in horses only on race day.


The announcement came in the wake of the Mahmood al-Zarooni scandal, following which the British Horseracing Authority has been vocal in opposing the use of steroids and has raised the issue for worldwide discussion.
Advertisement
Mahmood Al Zarooni was an Emirati horse-racing trainer at the Godolphin horse-racing operation, who had confessed to doping 11 prize thoroughbreds belonging to Dubai's ruler Sheikh Mohammed, and has been banned for eight years in a scandal, which is reportedly the biggest in the sport of horse racing, reports said.

'Dose Doubling Strategy' of Inhaled Steroids in Acute Ashtma Attack Being Questioned by New Studies
Increasing the dose of inhaled corticosteroids at the onset of an acute asthma aggravation may not ....

Vietnam Officials Concerned About Safety Of Young Jockeys
Reports say, with its small horses and tiny jockeys, racing at Vietnam's only track is a low-key ......

First Horse Slaughterhouses to be Opened in US Since 2007
Congress is trying to forbid sale and export of horse meat even as it is clear that Americans do ......

Are Steroids Bad For You?
Steroids are miracle drugs but have to be used with caution. Some steroids are illegal to use, witho...

Bigorexia
Bigorexia or muscle dysmorphia is a mental disorder most commonly seen in the males, wherein the ind...