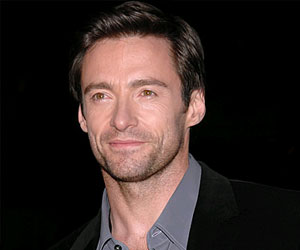 The Australian actor, who starred as the Wolverine in the X-Men film series appealed to people to get regular skin checks as he posted a picture of himself with a plaster on his nose after having a fifth skin cancer removed.

"He had a basal cell removed. The margins are clear and he's fine," Jackman's representative told People following the surgery. As mentioned earlier, this is the fifth time he's been diagnosed with skin cancer in his 47 years.

Basal cell cancer is a locally invading cancer. It often occurs on the face above a line joining the angle of the mouth and the ear lobe.
Advertisement
‘Actor Hugh Jackman launched his own sunscreen, 'Pure Sun Defense' to emphasize the use of sunscreen after he was treated for skin cancer.’


BCC is the most common form of skin cancer. In fact, 75 percent of all skin cancers are BCC, and it's particularly common among fair-skinned population. It's characterized as an abnormal, uncontrolled growth or lesion on the skin. It generally has the appearance of an open sore, red patch, pink growth, shiny bump, or scar that suddenly appears. It might look like any other sore or blemish at first, but it is advisable to get it checked if it shows no signs of healing after a week of observation.

Encyclopedia section of medindia gives general information about skin biopsy.
Advertisement
The good news is, BCC is generally restricted to the abnormal growth and does not spread. However, in rare cases, it can spread to other parts of the body and become life-threatening, but most people catch the issue in time and receive treatment.

According to Jackman, it's not uncommon for people in Australia to develop skin cancer. He told People shortly after his 2014 diagnosis, "It was always a bit of a shock hearing the word 'cancer.' Being an Australian [skin cancer] is a very common thing. I never wore sunscreen growing up so I was a prime candidate for it."

He also reported that getting checked for cancer is a regular thing for him. "I go every three months for check-ups," he said. "It's the new normal for me. My doctor says I'll likely have more, and if that's your cross to bear in life, you should be so lucky."