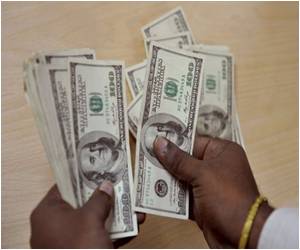 According to a report by the Australian Crime Commission, criminals in Australia can buy person's credit card details in less than one dollar, allowing them to fleece millions of dollars from accounts.

According to a commission official, Warren Gray, credit card information was the most commonly sold item in the underground economy in 2009 while most offences were committed overseas.

Since then, the number of online frauds with Australian-issued cards has nearly doubled. And so has the amount of money fleeced, from almost 90 million dollars in 2009 to 197 million dollars last year, the report said.

By comparing the unique collection of bacteria found on a person's hand to those recovered at a crime scene, microbes could act like fingerprints to nab the culprit, scientists have revealed
Advertisement
"Stolen card data, including credit card numbers, can be purchased for less than one dollar each if purchased in bulk," the Sydney Morning herald quoted Gray, as saying.

"'Once this data is in the wrong hands it can be used to buy often multiple and expensive items, online or via the telephone. In many cases, the victims are unaware that their information is being stolen, as their credit card - or debit card - still remains untouched in their wallets," he added.

The Australian Payments Clearing Association has created the free education program to give business owners tips on how to protect customer information and themselves from online fraud, the paper said.

An agency of the British Home Office has ruined the lives of many innocent people by wrongly branding them as criminals.
Advertisement
<< New Thermoelectric Material Best at Converting Heat Waste t...
HIV Strains Transmitted Among Heterosexuals Resembles Origi... >>