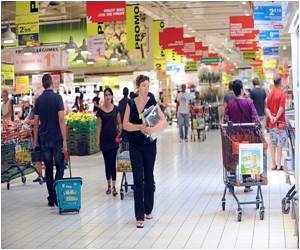 Prime Minister Tony Abbott said, Australia aims to strengthen food labeling laws after a series of hepatitis A infections were linked to frozen berries from China. Nanna's and Creative Gourmet brand raspberries and mixed berries were recalled after being linked to 19 hepatitis A cases across the country this month, with poor hygiene or contaminated water at their packing factory thought to be responsible.

"With imported food in particular, people want to know more about where their food, where their products, are coming from," Abbott said, after pressure from consumer groups and farmers to make the process more transparent.

Australians Get Hepatitis After Eating Contaminated Berries from China

Nine Australians have contracted hepatitis A infection after having eaten contaminated berries imported from China.
Advertisement

"We want to do this in a way which is as cost effective as possible. We don't want to add needlessly to the burdens of business but we also do want to ensure that consumers get the information that they need and the public is protected." Abbott said his agriculture and industry ministers would submit a proposal to cabinet by late March on how new country-of-origin labelling would work.


The proposals include a graphic on packaging that includes the words "this product is made in Australia from", displaying the percentage that comes from Australia, Industry Minister Ian Macfarlane said. Currently, products from local and imported ingredients do not give a breakdown of how much comes from each country. The recalled products were packed in China and contained raspberries, strawberries and blackberries grown there, and blueberries from Chile.

Coeliac UK welcomes a new EU regulation on allergen labelling in catering outlets and for retailers from 13 December 2014.
Advertisement
Hepatitis A is a viral disease that affects the liver, causing abdominal pain, nausea, vomiting, fatigue and jaundice. It has an incubation period of up to 50 days.

The announcement came as a food scare involving tuna reportedly imported from Thailand hit a central Sydney cafe with four people suspected to be suffering scombroid fish poisoning after eating at the outlet.

Separately from the government, national MP Bob Katter and senator Nick Xenophon on Thursday introduced legislation for new food labelling rules that would include warnings on products not grown or processed in the country.

Australian Competition and Consumer Commission chief Rob Sims told reporters he would "strongly support anything that gives more transparency so that consumers have a better idea what they're buying".

The Food Safety and Standards Act Should be Business-friendly