Aussie Girls As Young As Nine Selling Sex For Drugs 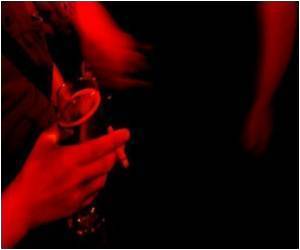 An Australian politician has said that girls as young as nine are selling sex for drugs and alcohol.

Araluen MLA Robyn Lambley told Northern Territory Parliament that young children were roaming the streets of Alice Springs in the middle of the night and 'soliciting' their bodies for money, reports News.com.au.


Lambley called for an emergency response similar to the federal intervention into Territory Aboriginal communities.

"This problem has been slowly escalating in intensity for many years," she told the Parliament on Tuesday.

The call came as the NT government is under fire for its apparent inability to stop a 'tsunami of crime' swallowing Alice Springs.

More than 200 residents are fed up with a spate of burglaries and vandalism hitting the town.

Meanwhile, Central Australian MLA Karl Hampton said any reports of underage sex should be reported to the proper authorities.

Are you curious to know how you compare with others of your age when it comes to losing your virginity - if so use our 'virginity calculator' and find out.
<< Online Support Groups and Mental Illness
Controversial Anti-abortion Billboard Creates Uproar >>