The "Terminator" had it, US fighter pilots use it and it's the next hot feature on Japanese smartphones -- "augmented reality" which peppers the world around you with useful bits of information.

Imagine wearing high-tech glasses and having small, cartoon speech balloon-style tags pop up within your field of vision, overlaying real-world objects and buildings to describe what you're looking at.

Thanks to Laptops and Smartphones, Even Bedrooms Have Become Virtual Offices

Office goers are taking their work in the bedroom, the lounge, and even on that rare kids' outing as well, thanks to laptops and smart phones making it easier for them to constantly check emails.
Advertisement 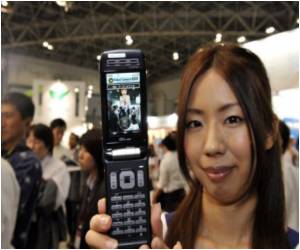 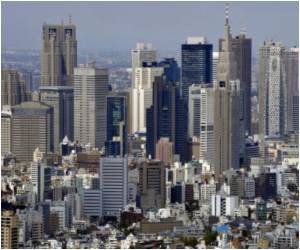 That is essentially what Japan's two largest cellphone operators are about to offer their millions of customers, except they will use the cameras and screens of smartphones plus vast online databases.


By harnessing the power of the Internet and bringing it more deeply into people's everyday lives, they plan to change the way we perceive reality and move a step closer to digitising our world view -- literally.

As the techno-hip South By South West (SXSW) used location-based services on smartphones to track down everything from panels to parties, mobile social networking ruled on Saturday.
Advertisement
Japan's NTT DoCoMo is set to launch "chokkan nabi", or "intuitive navigation", in September to help people find their way around megacities such as Tokyo and Osaka and other places in Japan.

"You just need to focus on a street, a building or a particular spot with your camera-equipped cellphone to see if there is a bank, a restaurant, a supermarket or other location," said a DoCoMo official.

"Labels or signs indicate, for example, the distance to a chosen restaurant, schedules, menus, etc ... With a simple gesture, you can switch back to a conventional map in two dimensions."

The service has so far registered some 600,000 points of interest throughout Japan, including restaurants, shops and train stations, which can be searched through user-defined criteria.

It also links with micro-blogging site Twitter, which has been wildly successful in Japan, so that its users can spot each other in real time and real space, and tweet comments about where they are.

Japan's number two mobile operator KDDI, meanwhile, has developed a platform that allows users to scan for example a CD advertising poster with their camera phone to gain additional material, such as an extract from a song.

The service will then offer the user the option to buy a download of the song with just two clicks, or can guide them to the nearest real-world CD shop.

The application, which also features virtual characters, is an advanced version of an already popular Japanese application for Apple's iPhone, called "Sekai Camera" or "World Camera".

That programme identifies visual landmarks and then displays live and past tweets from others as "air tags" in the same location.

The service also allows users to scan barcodes to compare prices, read reviews, or save a product to a wish-list.

Acute Appendicitis can be Diagnosed Through Smartphones

A new study has said that using a handheld device or mobile phone equipped with special software, radiologists can accurately diagnose acute appendicitis from a remote location.
Advertisement
<< Move On, Get Out, and Get a Date: Here's How
The Famed "Italian 'Lover" is No More, or So a Poll Says >>

U.S. Scientists hope to bring the minimalist approach to medical care with the use of a medical imaging device that fits in the palm of the hand.

Sinopril (2mg) (Lacidipine) Sanatogen Blood Pressure Calculator Post-Nasal Drip Find a Doctor Find a Hospital Drug - Food Interactions Iron Intake Calculator The Essence of Yoga Selfie Addiction Calculator
This site uses cookies to deliver our services.By using our site, you acknowledge that you have read and understand our Cookie Policy, Privacy Policy, and our Terms of Use  Ok, Got it. Close
×