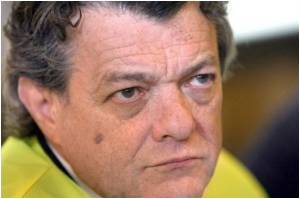 Recent research from the University of Utah Department of Neurosurgery,has shown that there is an increase in all-terrain vehicle (ATV) accidents leading to acute trauma to the head and spine.

According to the research by neurosurgeons Joel MacDonald, MD and Michael Finn, MD, there were approximately 1,117,000 emergency room visits and 495 deaths due to ATV injuries nationwide in 2001, increases of 211% and 159% respectively over 1993. The estimated national costs of ATV-associated injuries are $3.24 billion annually.

While injuries due to accidents occur in all age groups, children and youths (<20 years of age) are disproportionately affected, comprising 42% of the head and spine traumas in the study. "Studies show that the majority of children involved in ATV accidents are riding adult-sized vehicles", says MacDonald, associate professor of neurosurgery. "Children are at increased risk because of their underdeveloped motor coordination and physical strength, less experience operating motor vehicles, poorer judgment, their risk-taking behavior, and lack of instruction."


Rollovers were the most common documented accident involving ATVs in the Utah study, followed by collisions with stationary objects or other vehicles. ATVs are unstable by design, with short wheelbases, a high ground clearance, and a high center of gravity. "Safe operation of an ATV requires leaning one's body weight into turns to shift the center of gravity to the inside of the turn", MacDonald continued. "This maneuver is less intuitive on a four-wheeled vehicle, which may give a false feeling of stability, than it is on a two-wheeled motorcycle or bicycle, where the critical need for balance is obvious." Children may be at additional risk for rollover-type mechanisms because they have less weight and strength to forcefully lean the vehicle into a turn, especially when operating an adult-sized vehicle.

A new tool may help standardize the use of computed tomography (CT scans) in children with minor head injury and help reduce the number of scans.
Advertisement
All-terrain vehicles (ATVs) were introduced in the United States in the early 1970's and marketed as fun, "nearly unbreakable" toys for the whole family. They are generally small one- or two-passenger vehicles with three or four wheels and engines ranging in size from 50 cc to 950 cc and capable of reaching speeds up to 95 mph. They have no enclosure for the rider(s) and are equipped with wide, deep-tread tires for steep terrain and variable surface conditions such as sand, mud, and snow. In the state of Utah, there were 88,553 registered ATV's in 2006, and while they are commonly used for farm and work activities, the research released today shows that severe injuries from work-related uses of ATV's are rare (<1% of injuries in the study).

Because their wheelbase is short relative to the height of the vehicle and rider, ATV's are inherently unstable. Since their introduction in 1971, there have been numerous legislative and self-imposed manufacturer efforts to improve ATV safety, including the ban of three-wheeled designs, engine size limitations for child-sized vehicles, and the offering of operator training programs. Despite these efforts, injuries and trauma related to their use continues to increase.

The Utah research shows that there is an increased risk of ATV-related neurological injury among those not wearing helmets. While hospitals do not consistently document helmet use when a patient enters the emergency department, the study found that 168 patients were wearing helmets at the time of accident, while 352 were not. Those without helmets were more likely to have sustained traumatic brain injury.

MacDonald sees increasing recreational ATV use as a public health issue. "With Utah's increasing population, the popularity of these vehicles and access to public lands, Utah needs to think seriously about reasonable protections to keep people safe when riding ATV's. Of course, the most important steps are to ride safely, wear a helmet, and keep the vehicle under control."

Kyphosis is a spinal disorder, which is derived from Greek word  'kyphos' which means bowed or bent. Spinal ...