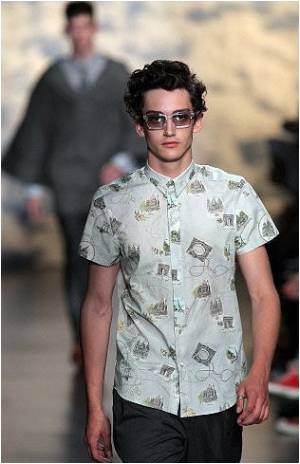 An average-sized man is just as appealing as a bulked-up Adonis, an Australian research that examined viewers' responses to different male body types in advertisements has found.

And the respondents in the University of Queensland study rated images of slender or slightly chubby masculinity at least as highly as those with well-defined six-packs, according to study leader, Phillippa Diedrichs.

And he suggested that successful campaigns did not have to portray only rock hard biceps and rippling abs.


The results could add to the debate about media presentation of unrealistic body types, which has until now focused almost exclusively on ultra-thin female models and whether they cause eating disorders among young women.
Advertisement
Diedrichs showed mock-up advertisements for jeans, skin-care products and cologne - featuring muscular male models and men of more average dimensions - to more than 600 students in their late teens.

Neither sex responded more positively to the musclebound bodies.

In fact, the males even found ads that showed just the item - with no accompanying model - more effective than those posed by classic hunks.

Some participants "may have attributed the models' muscularity to vanity or homosexuality, characteristics which they may have found unpleasant or discomforting", said Diedrichs .

"The average-size male models [may have seemed] less concerned with their appearance," Stuff.co.nz quoted her as saying.

The results echoed Diedrichs's 2008 findings that so-called "plus-size" female models sell products as effectively as their emaciated catwalk colleagues, and "directly challenge industry concerns that average-size models do not appeal to consumers".

Just as female models had become thinner "the ideal body for men has also been transformed, and is now characterised by a mesomorphic body type, with large defined muscles, low body fat and a v-shaped upper body", said Diedrichs.

These trends had occurred while in the general population men's and women's bodies were growing larger and fatter.

The study was published in the journal Body Image.