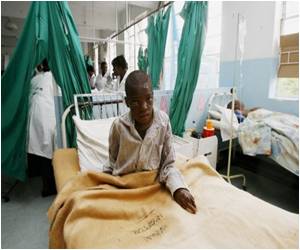 The international charity Doctors Without Borders announced Monday that it will temporarily withdraw work in the strife-torn Central African Republic after a bloody attack on a hospital.

"In protest against the brutal killing of 16 civilians, including three of its humanitarian workers at Boguila Hospital on 26 April, MSF is reducing its activities in CAR and related projects in neighbouring countries for one week to emergency medical care only," it said in a statement.

Doctors Without Borders: 1,000 Women Die Per Day in Childbirth

MSF expressed shock that the transitional government and spokesmen for armed groups failed to publicly condemn the massacre and other daily atrocities. "It is crucial that parties to the conflict take responsibility and position themselves publicly on these attacks."


The landlocked and deeply poor country plunged into conflict after a coup in March 2013 by mainly Muslim rebels of the Seleka alliance, who seized power for 10 months. Many of the ex-rebels eventually went rogue, targetting civilians and their property in vicious attacks that displaced hundreds of thousands.

An Ebola outbreak suspected of killing at least 78 people in Guinea has been called an unprecedented epidemic spreading across the west African nation, by the Aid organisation DWB on Monday.
Advertisement
In response, people from communities of the mostly Christian majority formed vigilante forces known as "anti-balaka", who have killed and terrorised Muslims and looted their homes, provoking a further exodus.

The infrastructure of state, including health facilities, is in tatters and humanitarian aid workers from charities and UN bodies play a key role in the bid to help treat the sick and injured, as well as to provide food and other basic necessities.

"An attack on MSF is an attack on one of the leading medical groups today in the country and, in certain areas, on the only organisation providing any kind of medical care," MSF General Director Arjan Hehenkamp said in the statement.

"We remain committed to provide the people of the CAR the medical assistance that they need, but the various parties must also live up to their responsibilities," he insisted.

MSF said its staff had suffered frequent attacks in the Ouham district where Boguila lies, along with relief personnel from other organisations and employees of the health ministry.

"Enduring over a year of conflict, CAR's population continues to suffer extreme levels of violence, forced displacement and an unprecedented health crisis, all to an indifferent reaction from the international community and peacekeeping forces deployed in the country," the charity said, referring to more than 7,000 troops deployed by France and the African Union.

Love Is Not All About Sharing In Ebola Struck Congo

In the Democratic Republic of Congo, kissing a friend or acquaintance could be viewed akin to Judas' kiss of death.
Advertisement
<< Sexual Ambiguities Caused by Defects in Gonadal Development
Molecular Tumor Board Helpful in Advanced Cancer Cases >>

Sanatogen Selfie Addiction Calculator Find a Hospital A-Z Drug Brands in India Drug Side Effects Calculator Find a Doctor Blood Donation - Recipients Color Blindness Calculator Sinopril (2mg) (Lacidipine) Loram (2 mg) (Lorazepam)
This site uses cookies to deliver our services.By using our site, you acknowledge that you have read and understand our Cookie Policy, Privacy Policy, and our Terms of Use  Ok, Got it. Close
×