At US Auction Pink Diamond Sells for Nearly $40 Million 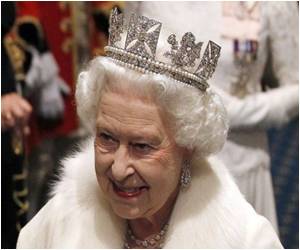 A new record for Christie's auction house was set by the sale of a 34.64-carat pink diamond has sold at auction in New York for nearly $40 million.

Dubbed the "Princie Diamond," the gem is "one of the largest and finest pink diamonds in the world," with a "fabulous provenance," Christie's jewellery chief Francois Curiel said ahead of the sale.

An anonymous telephone bidder paid $39,323,750, or more than $1 million per carat, for the stone from ancient diamond mines in southern India, the auction house said in a statement Tuesday.


The pink gem was once owned by the royal family of Hyderabad and, since 1960, by the London branch of Van Cleef & Arpels.

The exclusive jewellery firm originally paid 46,000 pounds for it, equivalent to $1.3 million today, Christie's said, indicating a hefty profit after Tuesday's sale.
Advertisement
All told, bidders paid more than $80 million for the jewels at the New York auction, including just under $4.5 million for a 30.32 carat rectangular cut D color diamond and $3.3 million for a Harry Winston diamond ring.

Previously, the most paid at Christie's for a diamond was $24.3 million, for the 31-carat Wittelsbach diamond in 2008.

Jewellery the Real Culprit for the Red, Itchy Marks
According to experts, jewelry allergies are not only extremely common, but very simple to prevent....

Jewellery Restrictions Imposed on Female Doctors and Nurses in Lahore
The Lahore District Health Department has directed all the government hospitals to stop their ......