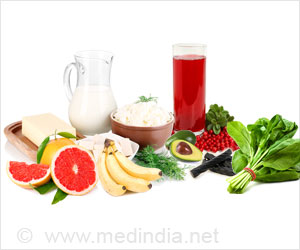 When people constrain their food budgets, the quality of food is affected, reports a major study from the University of Copenhagen as the definition for insecure or very insecure access to food. People have a low quality of life and experience poorer psychological well-being when they experience food insecurity.

This is the first extensive representative population survey addressing this topic conducted in Denmark. The study is based on measurement methods used in the United States, where public authorities regularly monitor the prevalence of food insecurity. The study estimates that 8 % of Danish households - the equivalent of more than 200,000 households - are impacted by food insecurity, i.e., they cannot afford enough food.

Food addiction is a growing threat among teenagers. Find out how to combat the problem with preventive tips and strategies for overcoming food addiction.
Advertisement
‘The welfare state of Denmark has a staggering rate of 8 percent of households experiencing food insecurity, of which low-income and single-parent households face the brunt.’

However, there is a degree of uncertainty about the exact extent of food insecurity in Denmark. This is because the study is based on a combination of internet responses and telephone interviews, where each survey method yielded different results. Whereas the incidence of food insecurity was 4 % among telephone respondents, the figure was 10 % among online respondents.


"We believe that the explanation for the differences is that people are more likely to report difficult circumstances when there isn't a live person at the other end of the line, as is the case with telephone interviews", says Associate Professor Thomas Bøker Lund of the Department of Food and Resource Economics, who worked on the study.

Food addiction is the compulsive need to eat junk food that has a lot of carbohydrates, sugar, flour and other fatty substances. This can occur even when you are not hungry.
Advertisement
"The precise extent of food insecurity in Denmark should be explored further. But, from our study and data from the UN Food and Agriculture Organization, we can say that at least 4-5 % of Danish households experience insecure access to food, the equivalent of approximately 100,000 households. Nevertheless, this is striking number in a welfare state like Denmark," says Professor Lotte Holm of the Department of Food and Resource Economics, who conducted the study with former Associate Professor Annemette Ljungdalh Nielsen.

Food insecurity is more prominent among low income and single parent families, where it affects one in four single parent households and between 31 and 48 % of Danish households that receive social assistance, disability pension or unemployment benefits.

The study reports that people try to adapt their food consumption in a variety of ways. Among other things, they stretch food supplies and stock up on cheap and filling ingredients, lower the quality of their food purchases, reduce or stop inviting guests, and borrow money for food or become addicted to food acquired from family and friends. The more financially pressed households become, the more radical these adjustments are, and the stronger the correlation with unhealthy diet, low psychological well-being and quality of life.

"The results point to the fact that we cannot assume that everyone in today's Denmark has the ability to secure an adequate and nutritious diet. We cannot determine whether or not this is a new development. We do not know what the situation was like 10 years ago because there are no previous measurements of Danes' access to food," says Lotte Holm.

She adds: "This study demands follow up. Our data were collected in 2015. Since then, the social assistance ceiling has been reintroduced and various social services have been scaled back. Therefore, things may have turned for the worse. On the other hand, more people have become employed in recent years, which may have had a positive effect." The researchers believe that there is a need to keep track of how many and who will be affected by precarious access to food in Denmark, and what the impact of this will be on human health and well-being.

Insecure and very insecure access to food is often defined as "non-existent or uncertain access to obtaining or eating enough food of an acceptable quality under socially acceptable circumstances."

1,877 people were interviewed for the study, either via a web-based survey or via telephone, with the help of Statistics Denmark.

People are more alert when their brains are producing the neurotransmitters dopamine and norepinephrine, while serotonin production in the brain has been associated with a more calming effect.
Advertisement
<< Missing Appointments Raises the Risk of Death: Study
Diet-related Deaths From Cardiovascular Diseases are Prevent... >>

Diet management while traveling is very important to keep from becoming sick. Here are some tips to healthy travel diet.

Sinopril (2mg) (Lacidipine) Hearing Loss Calculator Find a Doctor Indian Medical Journals Drug Side Effects Calculator Daily Calorie Requirements The Essence of Yoga Turmeric Powder - Health Benefits, Uses & Side Effects Accident and Trauma Care How to Reduce School Bag Weight - Simple Tips
This site uses cookies to deliver our services. By using our site, you acknowledge that you have read and understand our Cookie Policy, Privacy Policy, and our Terms of Use