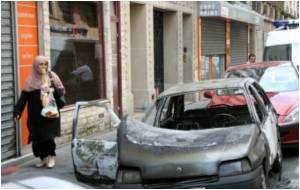 Asthma patients who are exposed to violence in their neighborhoods are prone to be hospitalized or to visit the emergency room for asthma - related illnesses.

Exposure to community violence has been linked to more symptoms in pediatric asthma patients; however the new research adds to this finding with a longitudinal study showing a connection in an adult population and more than symptoms - actual emergency department (ED) visits and hospitalizations. The findings are reported in the September 2010 issue of The Journal of Allergy & Clinical Immunology.


"We know that asthma morbidity is high in low-income inner-city neighborhoods," said lead author Andrea J. Apter, MD, professor of Medicine, chief, Section of Allergy and Immunology, Division of Pulmonary Allergy Critical Care Medicine at the University of Pennsylvania. "So it's important for us to understand how poverty affects health, particularly asthma health, so we can find ways of reducing exacerbations."


The prospective cohort study tracked 397 adults living in an inner city community with moderate to severe asthma for six months as part of a large study of asthma management. Participants were interviewed to determine sociodemographics, asthma status, asthma-specific quality of life, depressive symptoms, social support, and exposure to community violence. To define exposure to community violence, patients were asked, "in the past 6 months did you witness any violence in your neighborhood." If they responded "yes," they were asked to indicate all they had witnessed - "a fight in which a weapon was used, a violent argument between neighbors, a gang fight, a sexual assault or rape, a robbery or mugging" or they could write-in another description. They were then seen monthly and reports of hospitalizations and ED visits were obtained as part of data collected at these visits.

The researchers found that exposure to violence was quite common in their study group, affecting almost one-quarter of the group. Those previously exposed to violence had nearly twice the rate of subsequent hospitalizations or emergency care visits for asthma compared to asthmatics who had not experienced violence exposure. Asthma-related quality of life was also found to be lower in the violence-exposed group. Younger adults were more likely to be exposed to violence and more likely to have an ED visit in general.

The researchers said it is difficult to determine exactly how exposure to violence affects health. One possibility for persons with asthma is that exposure to violence is a marker for other exposures such as physical or social conditions that contribute to the development of their disease, exacerbate their symptoms, and interfere with successful treatment and management of their condition such as outdoor pollution, inadequate housing, or limited access to pharmacies. Another possibility, and not mutually exclusive, is that the psychological stress of living in a community with concentrated disadvantage directly affects the health of persons with asthma. It is known that such stress can affect overall health.

"Because overall ED visits increased and there was a trend toward increase in overall hospitalizations, our findings suggest that exposure to violence is associated with far reaching health effects beyond the single condition of asthma," said Apter.

The authors' findings emphasize the importance of neighborhood factors on overall health, especially in poor inner city settings where violence is common. The findings also highlight the need for physicians to carefully evaluate each patient and consider the environment in which the patient lives in order to recommend the most effective treatments.