Asia's 'Lost Boy' Generation is the Result of Abortions 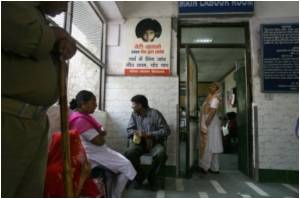 A new study has found that abortions of female fetuses have led to a massive surplus of young unmarried men in India and China, raising fears of an outcast group that could threaten the social fabric.

The trend took root in the 1980s when ultrasound technologies made it easier for families to detect fetal sex early and to abort if it was not what the parents desired, said the analysis in the Canadian Medical Association Journal.

Sons have traditionally been preferred over daughters in many parts of China, India and South Korea due to social, cultural and financial motivations. Sex-selective abortion is outlawed but can be difficult to enforce.

Birth defects are abnormalities, which occur before the birth of the baby and can be caused due to genetic, environmental and other unknown reasons.
Advertisement
Similar rises in male births were seen in China, "complicated by the one-child policy, which has undoubtedly contributed to the steady increase in the reported SRB from 106 in 1979, to 111 in 1990, 117 in 2001 and 121 in 2005," said the study.

India has seen "sex ratios as high as 125 in Punjab, Delhi and Gujarat in the north but normal sex ratios of 105 in the southern and eastern states of Kerala and Andhra Pradesh," it added.

In parts of China where a second child is allowed, after a daughter is the first born, the SRB for the second is 143, suggesting that many choose to abort a second girl fetus in favor of trying again for a boy.

Estimates of China's actual population difference in 2005 pointed to 1.1 million excess males, with men under 20 exceeding the number of females by around 32 million, said the study led by Therese Hesketh, University College London Centre for International Health and Development.

"These men will be unable to marry, in societies where marriage is regarded as virtually universal, and where social status and acceptance depend, in large part, on being married and creating a new family," said the authors.

Referred to in China as "guang gun," meaning "bare branches," these men are presumed to be unable to bear fruit by coupling and raising a family.

"In China and parts of India the sheer numbers of unmated men are a further cause for concern," said the study.

"Because they may lack a stake in the existing social order, it is feared that they will become bound together in an outcast culture, turning to antisocial behavior and organized crime, thereby threatening societal stability and security."

Other concerns include the possibility that the surge of unmarried men will boost the sex industry, which has already expanded in India and China over the past 10 years.

However, "the part played by a high sex ratio in this expansion is impossible to isolate; there is no evidence that numbers of sex workers are greater in areas with high sex ratios," said the study.

Ninety-four percent of unmarried people aged 28-49 in China are male, and 97 percent of them have not completed high school, it said.

"Despite the grim outlook for the generation of males entering their reproductive years over the next two decades, there are encouraging signs," said the study.

A crackdown on sex-selective abortion in South Korea has resulted in a more normalized male-to-female birth rate in recent years, and China and India are both down from their peak SRBs due in part to public awareness campaigns and relaxed one-child policies.

But it will likely be several more decades before the sex ratios return to normal, the authors said.

The article was co-authored by Zhu Wei Xing of Zhejiang Normal University in China.

Brazil Slashes the Price of Contraceptives to Stop Illegal Abortions

The Brazilian government has announced a 90 percent reduction in the price of contraceptives in a bid to stop clandestine abortions.
Advertisement
<< Study Says US Ill-Prepared for Emergency Radiation
Europe Gives the Nod for SoundBite Dental Hearing Aid >>