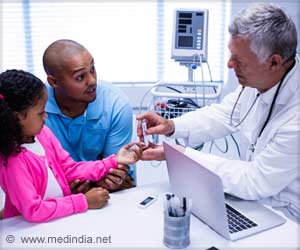 Due to certain cultural barriers, South Asians living in the UK are unable to participate in diabetic self-help programme, which in turn prevents them from managing their diabetes properly, finds a new study.

The findings of this study are published in the journal of Ethnicity and Health.

Advertisement
‘In the literate groups, one of the barriers to improved diabetes awareness was that the healthcare information was general and not specific to their diet and culture.’


Researchers interviewed patients with type II diabetes who were categorized according to age, gender and literacy status, and found that barriers experienced by each demographic were different.
Advertisement
In the literate groups, one of the barriers to improved diabetes awareness was that healthcare information was general and not specific to their diet and culture, while the illiterate groups cited language as a significant issue. There were also difficulties for all groups in adherence to diet through lack of knowledge of nutrition, and a lack of motivation to exercise.

In addition, various barriers were identified to self-help in the different groups. With food a strong element of South Asian social gatherings, some older females expressed concern at the difficulty in cooking separate meals for diabetics in the family, who in turn didn't want to be a burden on the cook by asking for a healthier meal. Social and cultural pressures were also identified as significant barriers to a healthier lifestyle.

Professor Shahina Pardhan, Director of the Vision and Eye Research Unit (VERU) within Anglia Ruskin University's School of Medicine, said: "South Asians are particularly at risk of developing diabetes, a condition that can lead to serious complications which may even lead to blindness. Self-help is vital as proper management of diabetes which can reduce complications and reduce the risk of blindness.

"Our study found many people in the South Asian community simply weren't aware of these self-help or improved awareness programmes, which is a major concern. Some feel cut off or excluded due to a lack of ethnically-tailored programmes or language difficulties. There were also issues with diet, partly due to a strong preference for South Asian food and a lack of nutritional awareness.

"Our study found different barriers across various demographics suggesting that different solutions are required and that one solution cannot fit all."

Top 6 Benefits of Turmeric Extract for Diabetics
Learn the basics about diabetes and how to bring it under control with turmeric, an highly ......