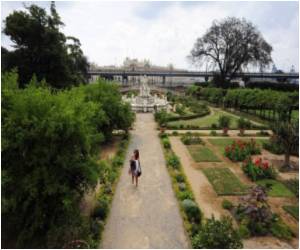 In a symbolic protest against a new European Union directive that could force many to shut down, thousands of Italy's private beaches kept their parasols closed in peak summer season.

Managers of the estimated 30,000 private beaches that cover around a quarter of the coastline -- ranging from simple shacks to full-blown outdoor entertainment venues with nightclubs, restaurants and pools -- are up in arms.

A new study says that MRSA, a multiresistant strain of staphylococcus usually found in hospitals, has now been discovered for the first time on US beaches
Advertisement

The European Union says it wants licences for the private beaches auctioned off in a transparent way starting in 2016, but operators say that could stop investment and force many of the 600,000 workers in the sector out of a job.


Under the current system, which critics say is open to corruption, the state grants six-year licences without any auction and with automatic renewal.

Though bathing beaches and lakes may not pass the cleanliness standards set by the 2006 Bathing Waters Directive
Advertisement
"We're not talking about auctioning off the beaches, it's companies that are going to be auctioned off," said Fabrizio Fumagalli, manager of the Med resort in Ostia near Rome -- a bar and restaurant complex with a few dozen sunbeds.

"Everything you see here I built myself with many sacrifices and after many years. It's not like I'm going to pack up and set up shop somewhere," he said.

Adding to the sense of gloom in the sun are the effects of the recession in Italy, which Fumagalli says has brought down beach visits by around 25 percent and bar and restaurant takings by up to 50 percent at his establishment.

Access to the Med beach costs eight euros ($10) on weekdays and 12 euros at weekends -- roughly the going rate in Ostia, the closest beach resort to Rome on a shoreline almost entirely taken over by private resorts.

Supporters say private beaches help keep tidy large stretches of coastline that local authorities are failing to clean up but opponents say they have effectively privatised some of the most picturesque parts of Italy.

"Of course today it's a bit uncomfortable having the umbrella closed. The sun is really strong. But I agree with their protest," said Sergio Falcione, a 72-year-old retired tram driver, as he squinted in the glare on his sunbed.

"What should Europe do? Europe should stay out of it," said Falcione, who has been coming to this same stretch of beach for more than 30 years.

"What would we do without private beaches? There would be no bar, no toilets, no drinking water. It would be like 40 years ago when people used to come to the beach and eat pasta. I really don't like the idea," he said.

"The public beach is so dirty," he said, pointing to a couple of ramshackle shelters set up by some homeless people living next to the sea.

But Maria, a 79-year-old Ostia resident sunbathing on the public beach who declined to give her last name, complained about the private resorts.

"They're expensive! The private beaches are nice but they've taken over," said Maria. "They should stop charging an entrance fee and just charge for the services. But nothing's going to change. I'm sure of it.

"I would like it if they closed up but it's not going to happen," she said.

Fumagalli defended his sector, saying it is now an Italian tradition that provides services for all social classes and warns that auctions for beach licences could be a boon for organised crime and anonymous multinationals.

"There is no country in the world that has these kinds of services! They're not just for the rich but also for normal people. This is a tradition. It's like Neapolitan pizza made in a wood-fired oven. We should defend it."

Before long robots will be capable of trekking through deserts and beaches since scientists have discovered innovative ways to compensate for sand's atypical features.
Advertisement
<< Confirmation Given That Uruguay's World-Leading Tobacco Con...
First Gay Pride Parade In Vietnam To Be Hosted Soon >>

Daily Calorie Requirements Vent Forte (Theophylline) Iron Intake Calculator Hearing Loss Calculator Find a Hospital Loram (2 mg) (Lorazepam) The Essence of Yoga Drug Side Effects Calculator Find a Doctor Blood - Sugar Chart
This site uses cookies to deliver our services. By using our site, you acknowledge that you have read and understand our Cookie Policy, Privacy Policy, and our Terms of Use