As Anthrax Spreads, Bangladesh is on Alert 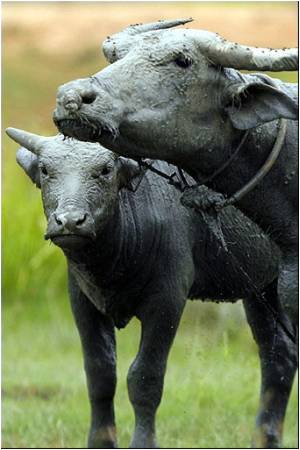 Health officials confirmed that Bangladesh has put livestock and officials on high alert after an outbreak of anthrax spread to more districts, infecting 327 people since mid-August.


"This is the biggest outbreak of anthrax in the country's history. We are very concerned. The government has set up surveillance teams in all the affected areas so that the disease cannot spread to other places," Hossain said.

BOSTON, Aug. 26, 2010  An antibacterial enzyme found in human tears and other body fluids could be applied to certain foods for protection against intentional contamination with anthrax,
Advertisement
Scores of cows have died in the outbreak, causing panic among farmers.

The situation has been aggravated by eating and handling of diseased cows by farmers, he said.

Anthrax is a potentially lethal bacterium that exists naturally in the soil and commonly infects livestock which ingest or inhale its spores while grazing. It can be transmitted to humans who handle or eat infected animals.

Mahmudur Rahman, a director of health ministry, said 327 people have been infected with the disease since August 18. All the cases are cutaneous, or skin, anthrax which causes wound-like lesions.

"We are battling hard to contain the disease. Still, we are receiving reports of new infections in almost every day," he said.

Improved Anthrax Vaccine on the Anvil

Two small protein fragments that could lead to improved anthrax vaccine with less side effects have been discovered by scientists from Albert Einstein College of Medicine of Yeshiva University.
Advertisement
Advertisement
This site uses cookies to deliver our services.By using our site, you acknowledge that you have read and understand our Cookie Policy, Privacy Policy, and our Terms of Use  Ok, Got it. Close
×