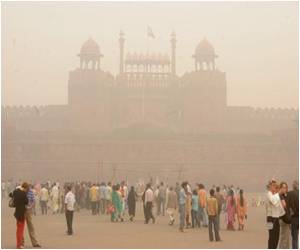 Aam Aadmi Party (AAP) chief Arvind Kejriwal blamed the Congress for his resignation as the Delhi chief minister, adding that legislators from the party hindered the working of his government.

"When I became chief minister, the Congress objected to everything I did. I resigned because I was not allowed to work properly. Now I have learned my lesson and will not resign this time," Kejriwal said at a public gathering.

The AAP chief further urged the electorate to give his party full majority in the upcoming Delhi assembly elections.


"If we had been elected with 36 seats in the last assembly elections, we would have never resigned. My request to you is to give us full majority so that we can do our work," Kejriwal stated.

The elections for the 70-member Delhi Assembly will be held in a single phase on February 7, with the counting of votes set to take place on February 10.

The chief of the US government's top public health agency is to testify in Congress over a series of dangerous mixups in the handling of anthrax and influenza.
Advertisement

Members of the Congress and Their Health Care Choices