Artificial Wetlands can be Beneficial 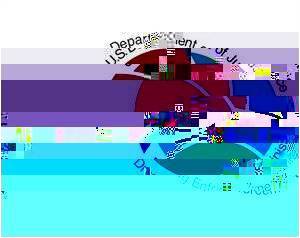 Wetlands created to replace those lost to environmental degradation or development take up carbon from the atmosphere and so potentially reduce greenhouse warming, a unique 15-year study suggests. Such artificial wetlands caused emissions of methane, which may contribute to warming, smaller than those from natural wetlands.

William J. Mitsch, of the University of Florida Gulf Coast University in Naples and his colleagues, describe the development of two 1-hectare wetlands in Ohio created by pumping water from the nearby Olentangy river, starting in 1994. One was manually planted with vegetation, and the other was left to develop naturally.

Precious wetlands in the Murray Darling Basin have largely disappeared, a sign of ecological crisis in the making in Australia.
Advertisement

The results, reported in the March issue of BioScience, show that over time the manually planted and the unplanted wetlands differed principally in the variety of plants present and in how much gas they exchanged with the atmosphere. The manually planted wetland showed more variety, but the unplanted one took up more carbon from the atmosphere. Methane emissions from the unplanted wetland, unlike the planted one, meant that it was estimated to contribute slightly to net greenhouse warming. Both created wetlands, however, removed large amounts of nitrogen and phosphorus from the incoming river water. Emissions of nitrous oxide, which can also increase warming, were small.


This study may prove useful as a model for future wetland reclamation or replacement projects and for determining the amount of human intervention that is necessary for these projects to be successful. The article also provides an example of the benefits of long-term ecological research, since species diversity stabilized only after about five years, and the amount of carbon retained in the soil continued to increase over the entire study.

Scientists have said that the major threats to the preservation of wetlands are critical food shortages and growing demand for bio-fuels and hydro-electricity due to high fossil fuel prices.
Advertisement

Scientists have warned that ongoing destruction of world wetlands, which hold a volume of carbon similar to that in the atmosphere today, could cause them to exhale a massive amount
Advertisement
This site uses cookies to deliver our services.By using our site, you acknowledge that you have read and understand our Cookie Policy, Privacy Policy, and our Terms of Use  Ok, Got it. Close
×