Tanvir Ahmed did not know what he was getting into when he ran away from home. Little did he imagine how much his life would change after he began working as a sex worker in Karachi. Presently, he takes art lessons and hopes for a bright future.

"The four years I spent here were the worst. It was abuse. I never knew what would happen," said Ahmed, sitting in an art studio tucked away in a backstreet in Pakistan's teeming metropolis of 16 million on the south coast.


"I left because of continuous irritation from my relatives. I wanted to study, but they forced me to work."


Tanvir lived rough before he met Rana Asif Habib who runs a charity that rehabilitates street children and has slowly reunited with his family.

"I do painting and photography now, study at evening school and work in the day at a shop," said Ahmed. "I'm happy with my parents and three younger siblings, who are happy to see me with a better life."

Although Ahmed limits public talk of his past to "abuse", Habib said he was one of many dragged into the horrors of the sex trade.

"A large number of street children have been thrown to this trade... Tanvir is one of few boys who has accepted our counselling, many others do not leave so easily. In the end, he proved to be a very creative person," he said.

"Street children are the victims of unplanned economic growth, war, poverty, domestic violence and violence at schools and madrassas."

Karachi is home to Pakistan's biggest community of street children -- an estimated 20,000 youngsters who are victims of domestic violence and broken homes, a life of drugs and crime in the steamy port city on the Arabian sea.

Illiterate, uneducated and without family, the children can grow into seasoned criminals, drug addicts or fall prey to Islamist militancy.

Ahmed comes from southern Punjab, which has become a Taliban recruitment ground. He is one of 15 children who take painting and photography lessons at Habib's Initiator Human Development Foundation (IHDF).

"I love to paint. I love to take pictures. I think I was born for it but a difficult life never allowed me to express my talent before."

Salman Mukhtar, secretary of the charity, says the point of rehab is to get children off the streets and into work.

"We provide cameras to some children who are interested and arrange photo exhibitions from time to time. Many of these kids are immensely talented but have little opportunity to express themselves.

"We have an artist with us who teaches some kids sketching and painting. We also teach them candle making so kids can earn a living," he told AFP.

But picking them up is the hardest part. The loss of one or both parents makes them "suspicious about everything and everyone," said Mukhtar.

The centre offers books, lessons, food and a place to sleep.

"We have contacts with shopkeepers, automobile workshops and private firms where we get the kids employed after judging a behavioural change and according to their abilities."

Surveys conducted by various organisations are unanimous that the majority of street children use drugs, smoke and sniff glue. Some become heroin addicts.

"They use drugs because of depression. Most of them self-harm, cut themselves and even burn themselves," said Habib. Some 20,000 runaways live in Karachi and 150,000 across Pakistan, he believes.

Rights activists say tuberculosis and other diseases are common among the children because of physical and sexual abuse, exposure to the elements and sleeping in filthy sewage pipes, open parks, footpaths or bus stations.

"They are unprotected and vulnerable to all imaginable risks and all forms of exploitation. They are at risk for harassment, sexually transmitted diseases, substance abuse, violence, injury and even death," Habib said.

The literacy rate in Pakistan is 57 percent. Officially 46 percent of children are enrolled in primary school -- the lowest rate in South Asia. The drop out rate is 50 percent, one of highest in the world.

About 30 percent of the population are believed to live below the poverty line, earning a dollar a day or less.

Mohammad Zahid came to Karachi when he was 10 to escape poverty in the northwestern Mansehra district, where suspected Islamist militants attacked a Christian charity in March, killing six aid workers.

He begged, stole and snatched mobile phones at gunpoint. He was one of hundreds of children who looted shops in the chaos after the 2007 assassination of former prime minister Benazir Bhutto.

"I have learnt one thing by living an independent life in Karachi, no one but your own family, no matter how poor they are, can protect you.

"It was too depressing," Zahid said. "I never knew when I would be thrown in a lockup or someone would sexually assault me." 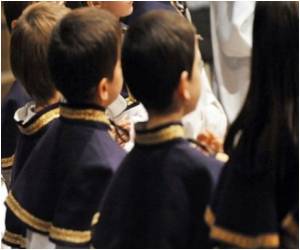 Internet Has 2 Million Child Abuse Images
The NSPCC says that over two million images of child sex abuse had been circulated by 100 offenders who went on to be convicted in the last 20 months.
READ MORE

Recession Leads to Gory Child Abuse Too
Abusive head trauma among children has skyrocketed since the beginning of the recession in late 2007.
READ MORE

Seasonality of Child Abuse a Myth: Study
A new study has challenged the notion that winter months, and especially winter holidays, are a time of increased child abuse.
READ MORE