Arsenic, Mercury and Selenium in Bighead and Silver Carp Not a Health Concern 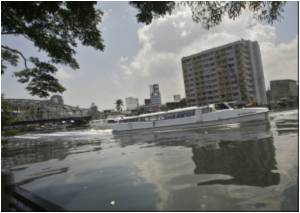 The concentrations of selenium, mercury and arsenic in silver carp and bighead from the lower Illinois river may not be a health concern for the consumers, a new study found. The full results of the study have been published in the journal <ChemosphereThe co.

Average mercury concentration in fillets was below the US Food and Drug Administration Action Level and EPA Screening Value for Recreational Fishers, though some individual fish had mercury concentrations high enough to recommend limiting consumption by sensitive groups (children < 15 years and women of childbearing age) to 1 meal/week. Mercury concentrations were greater in bighead carp and were elevated in both species taken from the confluence of the Illinois and Mississippi rivers. "These fish are low in mercury in comparison to many other commercially available fish. However, as always consumers need to make informed decisions about their food choices," said Dr. Jeff Levengood, lead investigator of the study.

Arsenic and selenium concentrations in bighead and silver carp fillets examined did not pose a risk to human consumers. Inorganic arsenic concentrations were undetectable and concentrations of selenium in carp fillets were well below the 1.5 mg/kg threshold for restricting the number of meals according to the US Environmental Protection Agency. "Carp species, size and collection location should be considered in judging risks associated with uses of these fish taken from the Illinois River ", Levengood said.

Introduced to control algae in retention ponds and wastewater treatment facilities, bighead and silver carp escaped into the Mississippi River during flooding and spread into the Illinois River and Missouri River watersheds. These two Asian carp species impact the ecosystem and fishing industry by outcompeting native fishes for resources. Additionally, their tendency to jump from the water when startled by boat motors has resulted in direct harm to humans, impacting the recreation industry. Commercial harvest of bighead and silver Asian carp species has been proposed as a means to contain the spread of the highly invasive fish. The Illinois River is connected to the Great Lakes via the Chicago Waterway System, leading to concern over potential impacts on the $7 billion Great Lakes fisheries.

Specific Form of Selenium Supplement can Help Prevent Cancer
The controversy behind whether selenium can fight cancer in humans might come down depending on ......

Selenium Can Protect Against Advanced Prostate Cancer
Data presented at the AACR Annual Meeting 2013, held in Washington, D.C., shows a greater level of ....