Aroma of Pumpkin is a Real Turn-On for Men 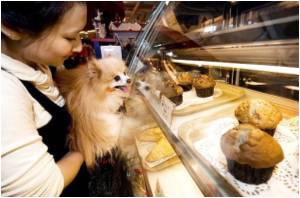 Look no further than the kitchen. This is the advice for all those women who have been trying to find the fragrance destined to drive their men wild.

A new study has indicated that the smell of pumpkin increases sexual arousal in men faster than anything, including your favorite perfume.

The Smell and Taste Treatment and Research Foundation of Chicago conducted a study "to investigate the impact of ambient olfactory stimuli upon sexual response in the human male." In other words, they wanted to know what smells turn a man on.


It turns out the aroma of pumpkin gets a man's blood rushing more than any other, reports ABC News.

The foundation says it studied 31 volunteers, men between the ages of 18 and 64. Dr. Alan Hirsch, the foundation's director, selected 24 different odorants, or fragrances for the study.

The test subjects were attached to a plethysmograph, a machine that measures blood flow caused by sexual arousal. They then were asked to breathe through various masks, both odor-free and odorized with the different aromas researchers were testing.

The smell of pumpkin was the most powerful turn-on, especially when mixed with the fragrance of lavender. The study says 40 percent of the test subjects were aroused the most by that combination of smells. Pumpkin combined with doughnuts also had a big effect on 20 percent of the subjects.

Why pumpkin? Why not some exotic fragrance perfume makers spend years and millions of dollars to develop? Hirsch and his team say a multitude of factors could be at play. They conclude "the odors could induce a Pavlovian conditioned response reminding partners of sexual partners or their favorite foods."

The Hirsch team says the odors may also act neurophysiogically by activating a direct pathway connecting the olfactory bulb and pleasure centers of the brain. 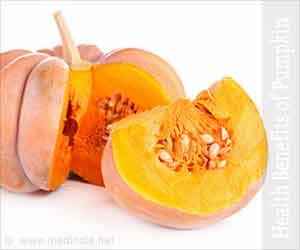