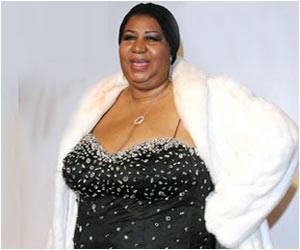 Legendary singer Aretha Franklin has dismissed reports that she underwent gastric bypass surgery in December (10) to reduce her weight.

She insisted that the rumours about her mystery operation are "crazy".

Well-known soul singer Aretha Franklin is 85 pounds lighter and she is on top of the world!
Advertisement

The Queen of Soul has refused to divulge details about the health crisis which saw her hospitalised last year (10), forcing her to axe a series of concerts.


She denied claims she was being treated for pancreatic cancer, and now Franklin has dismissed the latest speculation surrounding her welfare after shedding 85 pounds (38.5 kilograms) of body fat.

Gastric bypass surgery appears to lead to better long-term results including greater weight loss, resolution of diabetes and improved quality of life compared with sleeve gastrectomy
Advertisement
In an interview with U.S. news show Access Hollywood, Franklin scoffs at the suggestion, saying, "Definitely not - and would not. I heard that (rumour). I said, 'That is crazy.'"

The superstar remains mum about the specific procedure, only revealing the weight loss is linked, admitting the excess pounds came off "from the surgery that I had".

"But it definitely was not the bariatric or, what is it, gastric by... Yeah, I can't even tell you the correct name of it. It's really not necessary to talk about one's personal medical (health)," the Daily Star quoted her as saying. (