Are Medicaid Policies Sentencing Individuals With Mental Illnesses to Prison? 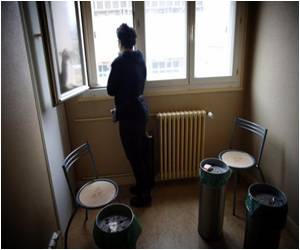 The study comes amid media scrutiny over whether cutbacks in mental health actually save money, when other costs are taken into account.

Some health plans require an extra approval step before tests or treatments can be ordered for patients. This step - called prior authorization - is intended to encourage physicians to select cost-effective options by requiring justification for the selection of more expensive options. Likewise, prior authorization policies adopted by state Medicaid programs aim to reduce costs associated with some medications, especially those drugs used to treat schizophrenia. However, an unintended consequence of these policies may be that more mentally-ill patients are being incarcerated, raising questions about the "cost-effectiveness" of these formulary restrictions.


In a study published today in The American Journal of Managed Care, researchers found that states requiring prior authorization for atypical antipsychotics had less serious mental illness overall but higher shares of inmates with psychotic symptoms than the national average. The study concluded that prior authorization of atypical antipsychotics was associated with a 22 percent increase in the likelihood of imprisonment, compared with the likelihood in a state without such a requirement.

"This paper demonstrates that our policies around schizophrenia may be penny-wise and pound foolish," says Dana Goldman, director of the Leonard D. Schaeffer Center for Health Policy & Economics at the University of Southern California. "Limiting access to effective therapy may save States some Medicaid money in the short run, but the downstream consequences -- including more people in prisons and more criminal activity -- could be a bad deal for society."

The study's findings come amid a wave of scrutiny surrounding the cost and consequences of failing to adequately provide for mental health care, including the nexus between shortchanging mental health and rising prison expenditures.

"The media has picked up on how incarcerating the mentally ill raises a range of troubling concerns, from the high cost of incarceration, to the inadequate treatment of mentally ill inmates, and the potential for self-inflicted harm among these patients," says Darius Lakdawalla, Quintiles Chair in Pharmaceutical Development and Regulatory Innovation, and a professor at the Schaeffer Center at USC. "At the same time, the American public is increasingly worried about untreated mental illness triggering violent behavior in the community. Our study suggests state Medicaid policies may be part of the solution to these problems." 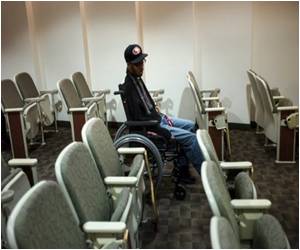 Brain Predisposed to Mental Illnesses by Chronic Stress
Long-term changes in brain is generated by chronic stress, making it a major reason for predisposition to mental problems like anxiety and mood disorders in later life, suggest researchers.
READ MORE

Three-Fold Increase in Pregnancy Among Teenage Girls With Mental Illness
Young girls with mental illness are 3 times more likely to become teenage parents than those without a major mental illness.
READ MORE