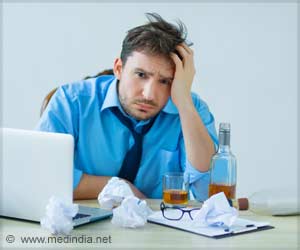 Are Themes of drunkenness on greeting cards normalizing harmful drinking, question researchers. Apparently yes, but the power of not buying the card lies with the consumer.

Does alcohol on greeting cards undermine public health messages about harmful drinking?
Advertisement
‘The idea that excess drinking as shown on many greeting cards is normal, enjoyable is all up to the consumers mindset.’

Themes of drunkenness on cards are popular, but sends the message that this is normal.


Birthday and Christmas cards featuring alcohol or harmful drinking "reflect and reinforce a social attitude that excess alcohol consumption is acceptable and associated with celebration," warn experts in The BMJ today.
Advertisement
Tracey Polak, Assistant Director of Public Health, and Virginia Pearson, Chief Officer for Communities, Public Health, Environment and Prosperity at Devon County Council say these cards "influence views on drinking and reinforce this as a social norm."

And with the UK buying more cards per person than any other nation (an average of 33 each a year) they urge the public to reflect on whether the message is one that they condone and wish to pass on.

Sir Henry Cole is widely credited with 'inventing' the first Christmas card in the UK in 1843, depicting a scene showing people drinking.

In 1980, an analysis of greeting cards revealed themes that suggested getting drunk is a natural and desirable concomitant of celebrations, and that drunkenness is humorous, enjoyable, and harmless.

Today, one billion greeting cards are sold in the UK annually, and alcohol remains a popular theme.

Illustrations and texts portray alcohol as enjoyable and fun, and can range from a glass of champagne with the word 'Cheers' to those that are more excessive and encourage binge drinking, explain the authors.

Phrases such as 'let's get wrecked,' 'all the gin' and 'trollied' are printed across images of people clearly drunk, surrounded by empty bottles, drinking directly from a bottle, or in some case unconscious.

But the idea that excess drinking as shown on many greeting cards is normal, enjoyable and to be encouraged is at variance with public health messages, they argue.

They point out that over 10 million people across the UK are drinking at levels which increase their risk of health harms, and alcohol consumption is the leading risk factor for ill-health, early death and disability in those aged 15 to 49.

They suspect the truth lies probably in the middle. "As cards with alcohol themes become more prevalent then a cultural norm develops where drinking in association with celebration becomes the expected."

But whether this leads to changes in alcohol consumption is, however, another question, they say. There is little evidence of effective interventions which impact on social norm, with marketing, labeling, and advertisements designed to reduce excess drinking being shown to have small, short-term and inconsistent impacts.

Ultimately the authors believe that the responsibility for choosing cards lies with the purchaser "so perhaps it is worth reflecting the next time that you choose one whether the message is one that you condone and wish to pass on," they conclude.

Source: Eurekalert
Advertisement
<< Reducing Practise Sessions Will Not Reduce Head Impacts In ...
Stethoscopes Used In The ICU are Loaded With Harmful Bacter... >>

Alcoholism can be Treated Targeting GABA Cells
A group of researchers have explained how alcohol influences dopamine and inhibitory cells present ....

More Young People are Choosing Not to Drink Alcohol, Reveals Survey
Health Survey for England found that the proportion of 16-24 year olds who don't drink alcohol has ....

Alcohol Ads: Potential Drivers of Alcohol Drinking in Young People
Alcohol advertising has been found to be a potential driver of alcohol use in young people over the ...