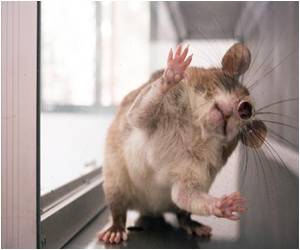 A research conducted at the University of California has found that tiny aquatic flatworms known as freshwater planarians could limit the use of rats and mice in labs that test chemicals for neurological toxicity.

Planarians, commonly used in high-school biology labs to study regeneration and the primitive nervous system, are actually quite sophisticated when it comes to modeling the response of the developing human nervous system to potentially toxic chemicals, the results showed.

"Using such alternative animal models will not only reduce costs, but will also significantly reduce the number of laboratory mammals used in toxicology tests," said lead researcher Eva-Maria Schoetz Collins, assistant professor of biology and physics at University of California, San Diego.


Humans are faced with thousands of potentially toxic compounds in their environment and new chemicals are added daily in the products we use, from pesticides and cosmetics to food additives. How to test these new chemicals for safety has become a growing problem, given that traditional toxicology testing has long relied on laboratory rodents.

Now, efforts are being made to replace them with alternatives that employ cultured cells or alternative animal models, such as zebrafish, that permit researchers to screen thousands of potential toxins more quickly and at a reduced cost.

The team began its study when they noticed that the planarians they were using in their lab experiments were particularly sensitive to different environmental conditions.

"Comparisons of our results with other alternative toxicology animal models, namely zebrafish larvae and nematodes, demonstrated that planarians are comparably sensitive to the tested chemicals," the scientists said. "Like zebrafish and nematodes, freshwater planarians are small, inexpensive and easy to breed, sensitive to chemicals in the water and develop quickly."

Collins emphasized that while her group's research study demonstrates the viability of freshwater planarians as an alternative animal model for neurotoxicity, the aquatic flatworms would not replace lab rodents, but will instead limit their use.

The results of the study were published in the journal Toxicological Sciences.

Research Shows How Flatworms Rebuild Injured Body Parts
Previous research has revealed that adult stem cells replenish the skin, the blood, and the lining of the gut daily.
READ MORE

Planarians Offer a Better View of Eye Development: Study
Thanks to their renowned ability to regenerate any missing body part, even as adults, planarian flatworms have come under intense study.
READ MORE