Apple More Valuable as a Brand Than Olympics 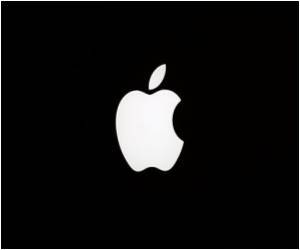 Apple is comfortably the most valuable brand in the world, well ahead of the Olympics, a new study has revealed.

Apple's iPad 2 is set to become the top ten most sought after gadget on Christmas this year.
Advertisement

According to Sydney Morning Herald, the study also found that the sporting event is so big that it dwarfs the Coca-Cola, Samsung, GE and McDonald's, all of which have paid $US90 million ($87 million) apiece to be sponsors.


The study also revealed that despite the slowdown in the global economy, the Olympics brand had rocketed 87 percent in value since the Beijing Games, off the back of a rise in broadcast rights.

'Apple a Day' Principle Now For the Immune System

Soluble fiber-found in oats, apples, and nuts- reduces the inflammation associated with obesity-related diseases and strengthens the immune system, a new University
Advertisement
David Haigh, chief executive of Brand Finance, said that broadcast rights, which bring in $3.6 billion to the International Olympic Committee, were driving up the overall value and that as more Indians and Chinese get televisions, that figure is likely to rise even further.

"Given that Asia only represents about 15 per cent of the total value of broadcast rights, I would expect that figure to rise quite considerably as more people in Asia come on stream."

Andy Pontin, the chief executive of ad agency Clemenger BBDO, said it was remarkable that given the Olympics is only every four years its brand has greater "resilience and saliency" than the products and services that we buy every day.

A fruit grower in Britain has found a golden delicious apple split exactly half green, half red down the middle.
Advertisement
<< Tropical Forest Reserves Not Protecting Wildlife Effectivel...
One Centimetre Book Published by Keralite >>