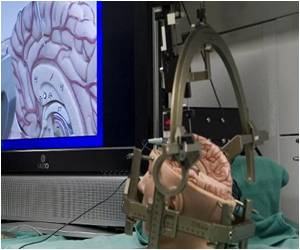 Currently, it is difficult to treat traumatic brain injury (TBI) in the clinic. There are abundant neural network connections and humoral regulation mechanisms between the cerebral hemispheres.

Brain tissue on the uninjured side after TBI may also undergo abnormal changes, but these changes remain poorly understood. Hong Lu and her team, Affiliated Haikou Hospital, Xiangya School of Medicine, Central South University, in China performed a study to investigate whether apparent diffusion coefficient (ADC) measurements can reflect cytotoxic edema on the uninjured side using diffusion tensor imaging.

One of the leading causes of death and disability in adolescents and children is traumatic brain injury occurring due to sports, falls, recreational and car accidents
Advertisement

Traumatic Brain Injury Linked to an Increased Risk of Dementia

Older veterans having suffered traumatic brain injury are at a 60% higher risk of developing dementia, a new study has found
Advertisement
This site uses cookies to deliver our services.By using our site, you acknowledge that you have read and understand our Cookie Policy, Privacy Policy, and our Terms of Use  Ok, Got it. Close
×