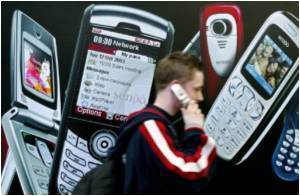 Apollo Hospitals group is planning to begin 1,000 telemedicine centers in India and abroad within the next 3-years. They still haven't finalized about the investments. Currently they have 103 functional telemedicine centers, 9 of which are located abroad. Telemedicine is a process through which patients can consult doctors located at very distant places without visiting them. So far 69,000 tele-consultations have been done by Apollo.

The telemedicine process is expected to grow within the next 2-3 years due to the 3G rollout in the country. Apollo has recently launched tele ambulances services and now is also planning to launch a pilot project on telemedicine through mobile phones.

Studies have shown a high rate of depression among elderly homebound individuals, and few patients receive adequate treatment, if any.
Advertisement

The biggest challenge for telemedicine is that about 80% of India does not have access to broadband services.

No Benefit Seen from Using Telemedicine for ICU Patients

A new study has shown that remote monitoring of patients in intensive care units (ICUs) is not associated with an overall improvement in survival.
Advertisement
<< More Accurate Diagnosis With New Prostate Cancer Test
New Device to Control Blood Pressure >>

Teleradiology
News Archive
News Resource
Advertisement
News Category
Can you Consult a Dermatologist for Monkeypox? What Does 'Overlapping Surgery' Mean? Job Problems More Likely to Increase Physician Suicide Woman With Two Uteruses Successfully Treated Through Laparoscopic Surgery Do Doctors and Nurses Need to Nap During Night Shifts?
More News
Sign up for Wellness Consult a Doctor Sign up for Selfcare

Hearing Loss Calculator The Essence of Yoga Find a Hospital Accident and Trauma Care Calculate Ideal Weight for Infants Blood Pressure Calculator Vent Forte (Theophylline) Selfie Addiction Calculator Indian Medical Journals Blood - Sugar Chart
This site uses cookies to deliver our services. By using our site, you acknowledge that you have read and understand our Cookie Policy, Privacy Policy, and our Terms of Use