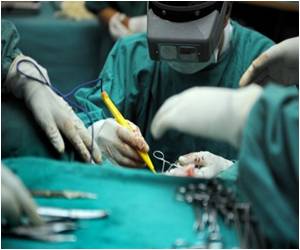 The Supreme Court ruling that did away with the option of a surgery to separate them and directed the state government to grant the family Rs.5,000 per month was welcomed by seventeen-year-old onjoined twins Saba and Farah.

"We are very happy and excited, and thank the Supreme Court for its decision to rule out the surgical possibility to separate us. The court's verdict will provide us time to live together, like we have since birth," Saba, lying on a bed with Farah, at their Samanpur residence in the city, told IANS.

Farah said: "We are grateful, from the core of our heart. We are also thankful to Allah for it," she said.


The court has directed the state government to ensure that the twins get the best medical attention, and said the Patna district civil surgeon must ensure regular check-ups for the conjoined sisters.
Advertisement
The father of the girls, Shakeel Ahmad, said: "The court order has given us fresh hope." Ahmad, who runs a small roadside eatery here, said only the government could help the family.

Ahmad recalled that a few years ago, one of the rulers of a Gulf country had promised to the bear the costs of surgically separating the two sisters. "After initial consultations at Delhi's Apollo Hospital, everything was forgotten," he said.

American neurosurgeon Benjamin Carson had travelled to India to study the twins. He had agreed to perform the risky operation, with assistance from Indian doctors.

Carson had warned that surgery would be risky, and only one the girls might survive. Doctors have also said that the option of surgical separation might mean a series of surgeries, since one operation might not suffice.

Although the twins have distinct brains and are neurologically and psychologically normal, only one of them has kidneys.

The apex court Monday directed a panel of doctors, including those from the All India Institute of Medical Sciences, to give their opinion on the scope of surgery.

The court direction came on a public interest litigation by Aarushi Dhasmana, a law student at the Pune-based Symbiosis Law School.

Source: IANS
Advertisement
<< For 'False' Bird Flu Rumors China Detains 12
Scientists Say That We Often Assume That Others are Staring ... >>