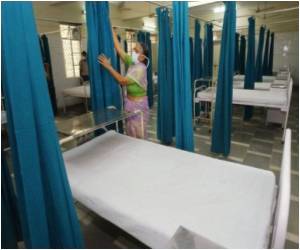 Even as the focus remains firmly on the Supreme Court of India's decision to allow passive euthanasia, the country's highest court also asked the government to looking into decriminalizing attempted suicide since it has become "anachronistic."

Directing the Parliament to discuss the possibility of removing attempt to suicide from the Indian Penal code, Justices Markandey Katju and Gyan Sudha Misra said, "A person attempts to suicide in a depression, and hence he needs help, rather than punishment. We therefore recommend to Parliament to consider the feasibility of deleting Section 309 from the Indian Penal Code."

This is not the first time that the government has been asked to decriminalize attempt to suicide.


A Law Commission report back in 2008 had recommended that the government should start the processes of removing such an act from the penal code.

Vent Forte (Theophylline) Post-Nasal Drip Loram (2 mg) (Lorazepam) Diaphragmatic Hernia Turmeric Powder - Health Benefits, Uses & Side Effects Find a Doctor Noscaphene (Noscapine) Daily Calorie Requirements The Essence of Yoga Selfie Addiction Calculator
This site uses cookies to deliver our services.By using our site, you acknowledge that you have read and understand our Cookie Policy, Privacy Policy, and our Terms of Use  Ok, Got it. Close
×