Anxiety During Prostate Biopsies can be Reduced by Headphone Music 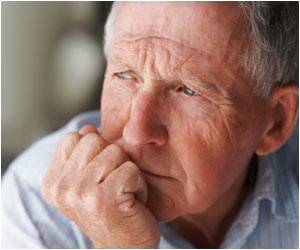 Researchers at the Duke Cancer Institute have revealed that tuning in to tune out may be just what is needed for men undergoing a prostate biopsy.

The Duke team found that noise-cancelling headphones playing a classical melody may reduce the pain and anxiety of the often uncomfortable procedure.

The finding, published this month in the journal Urology, points to a simple and inexpensive way to help an estimated 700,000 U.S. men who undergo a prostate biopsy a year. The procedure is essentially the only way to diagnose prostate cancer, which strikes one in six men during their lifetimes.


"It's a matter of shifting attention, so the music provides a distraction from the procedure," said Matvey Tsivian, M.D., a Duke urologic oncology fellow and lead author.
Advertisement
For the study, which was conceived by medical students and had no outside funding, the Duke team enrolled 88 patients and randomly assigned them to three groups. The first had no headphones; the second wore the noise-cancelling headphones but heard no music; and the third wore the headphones and listened to Bach concertos.

Blood pressure was taken before and after a trans-rectal biopsy, which is an intrusive procedure involving an ultrasound probe and a spring-loaded needle that has a loud trigger. The noise alone causes many men to flinch even if they report no pain, and 20 percent of men experience high stress and anxiety about the procedure.

Study participants who had the music also reported less pain, as measured by questionnaires. The researchers said they did not determine whether the choice of music might have had an impact.

"We couldn't study all the permutations and variables, but it's evident that this kind of approach works," said Thomas Polascik, M.D., director of Urologic Oncology at the Duke Cancer Institute and senior author of the study. "This is something that could be broadly employed. It's easy and inexpensive - a set of headphones and music. That's it."