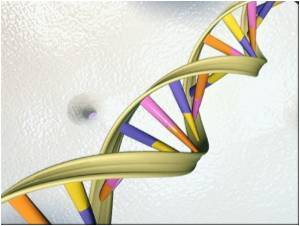 The systemic evaluation of the antiviral activity of interferon-induced factors was carried out by Rockefeller University researchers. The findings are a first step toward unraveling how these naturally occurring molecules work to inhibit viruses.

The researchers were interested in type I interferon, a cellular molecule that is made when a person becomes infected with certain viruses. Type I Interferon is used clinically in the treatment of some viral diseases, such as hepatitis C, and its presence has been shown to significantly limit the severity of certain viral infections.

First author John Schoggins, a postdoctoral associate in Charles M. Rice's Laboratory of Virology and Infectious Disease at Rockefeller, and his colleagues, including researchers from the Aaron Diamond AIDS Research Center and the Howard Hughes Medical Institute, systematically evaluated the majority of common interferon-induced genes, one by one, to determine which of them had antiviral activity against a panel of disease-causing viruses, including the hepatitis C virus, HIV, West Nile virus, the yellow fever virus and chikungunya virus.


The scientists used a cell-based "screen" to measure the ability of each gene to halt the growth of the viruses: One by one, genes were delivered into the cells that were then infected with virus.

Long-Term Use of Interferon Proved Ineffective In Treating Hepatitis C

Use of the drug interferon as a long-term maintenance strategy to slow the progression of liver disease associated with the hepatitis C virus is ineffective.
Advertisement
In cells that had no interferon-induced genes delivered, Schoggins and his team observed normal levels of virus replication. In cells that had interferon-induced genes delivered, they occasionally found "hits" that could significantly impair virus replication.

Overall, Schoggins and his colleagues found that each virus tested was susceptible to inhibition by a unique subset of these interferon-induced genes, with some genes having specific effects on only one virus, and other genes having more broad effects on multiple viruses.

The researchers also showed that two genes in combination were more potent than either gene alone, supporting the long-standing hypothesis that many interferon-induced factors work in a combinatorial fashion. A number of the factors, the researchers found, work by interfering with the process by which viral RNA is translated in protein.

"It's fascinating that evolution has provided us with an array of hundreds of molecules that can be summoned by the host upon viral infection," said Schoggins.

"Even more interesting is that none of these factors on their own are 'magic bullets' that can eradicate the virus. Instead, the cell relies on the cooperative action of numerous factors to effectively shut down the virus," added Schoggins.

The study has been published online in the journal Nature.

Anti-viral treatments that involve swallowing Salmonella bacteria, effectively using one bug to stop another may be possible due to new experiments
Advertisement
Advertisement
This site uses cookies to deliver our services.By using our site, you acknowledge that you have read and understand our Cookie Policy, Privacy Policy, and our Terms of Use  Ok, Got it. Close
×