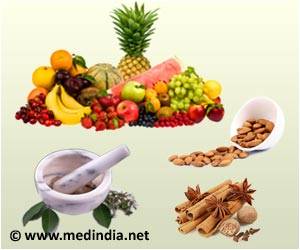 The authors show that defects in the NF1/Ras molecular pathway, which cause the disorders, trigger production of harmful oxidative nitric oxide molecules in the oligodendrocyte glial brain cells of mice. Part of the central nervous system, glial cells produce a substance called myelin, which provides a sheath along nerves that acts as a form of electrical insulation. Increased production of nitric oxide in the tested mice disrupted the tight structure of proteins and related components that make up the myelin sheath.


It also damaged vasculature surrounding astrocyte cells and endothelial tissue. Altogether, these changes altered the permeability of the blood brain barrier. According to researchers, affected mice had enlarged mutant white brain matter, enlarged optic nerves and exhibited hyperactive behavior. Levels of nitric oxide synthases (an enzyme that causes production nitric oxide) were significantly up-regulated in the mutant white matter. Hyperactivity is present in up to 60 percent of people with NF1or a Rasopathy like Costello syndrome. A Rasopathy is a condition fueled by disruptions in the Ras molecular pathway. In their study, the authors tested mice bred to model both human NF1 and Costello syndrome. "Our data provide a potential cellular and molecular mechanism of Rasopathy brain abnormalities, and we show that treatment with a broad spectrum antioxidant reverses the disruption of affected tissues and improves hyperactive behavior," said Nancy Ratner, PhD, senior investigator and a researcher in the Division of Experimental Hematology/Cancer Biology at Cincinnati Children's. "It will be interesting to see if people with Rasopathy exhibit the same white matter enlargement and cellular features we identified in our laboratory tests." To treat the mice, researchers used a broad spectrum antioxidant called NAC, or N-Acetyl Cysteine, in the animals' drinking water. After six weeks of exposure to NAC, both the mouse models of NF1 and Costello syndrome improved. Abnormal cellular and tissue structure were reversed and hyperactive behavior subsided, according to researchers. The reversal of symptoms was more pronounced in the Costello animals than the NF1 animals. The authors said they induced the structural deficiencies in the oligodendrocytes of both immature and mature adult mice. In both instances, researchers were able to use NAC treatment to reverse symptoms during adulthood, suggesting the brain defects are not linked to early life developmental processes.
Advertisement
When researchers gave the same antioxidant treatment to normal wild type mice, it caused the blood brain barrier to open and harmed the compact structure of myelin. Researchers said this shows high levels of antioxidant treatment in animals without elevated reactive oxygen levels can be detrimental. People with NF1 can suffer from a number of cognitive and behavioral deficits and the current study sheds important new light on molecular processes that may drive these deficits. At the same time, authors cautioned that laboratory studies involving mouse models do not necessarily translate to treatment of human disease and additional study is needed. A key collaborator in the study was first author Debra Mayes, PhD, a research fellow in the Ratner laboratory.

More News on:
Quiz on Antioxidants Foods that Gives You Sparkling Eyes Berries for a Healthy and Beautiful You Anti-Aging Treatment with Vinotherapy or Wine Facials The Fruit in News  Guava Undetected Nutrient Deficiencies: the Cause of Ill Health Brain Food Promote Your Health with Nutrition Supplements Foods to Help You Lose Weight Health Benefits of Flavonoids

Honey: Health Benefits of the Golden Liquid
Honey is a natural sugar with numerous benefits and has antibiotic, antiseptic properties. Honey ......

Brain Food
It is a myth that the brain quits generating new cells once you reach adulthood. They are regenerati...

Health Benefits of Flavonoids
Ever wondered what causes chocolate to prevent skin wrinkles? The answer is  flavonoids. Heres hos...

The Fruit in News  Guava
Anti-oxidant property of guava has recently been found be the highest amongst commonly consumed Indi...