Antidepressants Could Lead To Thicker Arteries 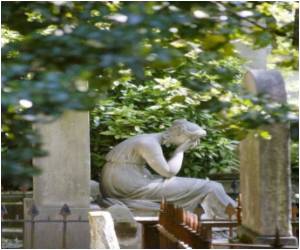 Antidepressants could lead to thicker arteries, and hence to heart disease and stroke. The data is being presented Tuesday, April 5 at the American College of Cardiology meeting in New Orleans.

Depression can heighten the risk for heart disease, but the effect of antidepressant use revealed by the study is separate and independent from depression itself, says first author Amit Shah, MD, a cardiology fellow at Emory University School of Medicine. The data suggest that antidepressants may combine with depression for a negative effect on blood vessels, he says. Shah is a researcher working with Viola Vaccarino, MD, PhD, chair of the Department of Epidemiology at Emory's Rollins School of Public Health.

The study included 513 middle-aged male twins who both served in the U.S. military during the Vietnam War. Twins are genetically the same but may be different when it comes to other risk factors such as diet, smoking and exercise, so studying them is a good way to distill out the effects of genetics, Shah says.


Researchers measured carotid intima-media thickness - the thickness of the lining of the main arteries in the neck  by ultrasound. Among the 59 pairs of twins where only one brother took antidepressants, the one taking the drugs tended to have higher carotid intima-media thickness (IMT), even when standard heart disease risk factors were taken into account. The effect was seen both in twins with or without a previous heart attack or stroke. A higher level of depressive symptoms was associated with higher IMT only in those taking antidepressants.
Advertisement
"One of the strongest and best-studied factors that thickens someone's arteries is age, and that happens at around 10 microns per year," Shah says. "In our study, users of antidepressants see an average 40 micron increase in IMT, so their carotid arteries are in effect four years older."

Antidepressants' effects on blood vessels may come from changes in serotonin, a chemical that helps some brain cells communicate but also functions outside the brain, Shah says. The most commonly prescribed antidepressants are selective serotonin reuptake inhibitors (SSRIs) such as fluoxetine (Prozac), which increase the level of serotonin in the brain. Other types of antidepressants also affect serotonin levels, and antidepressants can act on other multi-functional brain chemicals such as norepinephrine.

Most of the serotonin in the body is found outside the brain, especially in the intestines, Shah notes. In addition, serotonin is stored by platelets, the cells that promote blood clotting, and is released when they bind to a clot. However, serotonin's effects on blood vessels are complex and act in multiple ways. It can either constrict or relax blood vessels, depending on whether the vessels are damaged or not.

"I think we have to keep an open mind about the effects of antidepressants on neurochemicals like serotonin in places outside the brain, such as the vasculature. The body often compensates over time for drugs' immediate effects," Shah says. "Antidepressants have a clinical benefit that has been established, so nobody taking these medications should stop based only on these results. This isn't the kind of study where we can know cause and effect, let alone mechanism, and we need to see whether this holds up in other population groups."