Anticancer Drugs can be Developed from Chinese Medicinal Plant Extract 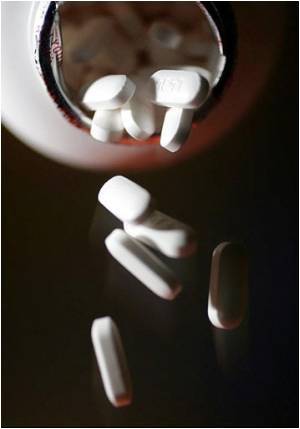 Scientists have suggested that a natural product isolated from a traditional Chinese medicinal plant commonly known as thunder god vine and used for rheumatoid arthritis could be a starting point for developing new anticancer drugs.

Researchers at the Johns Hopkins School of Medicine have discovered that thunder god vine, or lei gong teng, works by blocking gene control machinery in the cell.

"Extracts of this medicinal plant have been used to treat a whole host of conditions and have been highly lauded for anti-inflammatory, immunosuppressive, contraceptive and antitumor activities. We've known about the active compound, triptolide, and that it stops cell growth, since 1972, but only now have we figured out what it does," said Jun O. Liu, of the Johns Hopkins.


Triptolide, the active ingredient purified from the plant Tripterygium wilfordii Hook F, has been shown in animal models to be effective against cancer, arthritis and skin graft rejection.

Encyclopedia section of medindia gives general information about Pre Cancerous Lesions
Advertisement
The team systematically tested triptolide's effect on different proteins involved with gene control by looking at how much new DNA, RNA and protein is made in cells. They treated HeLa cells with triptolide for one hour, compared treated to untreated cells and found that triptolide took much longer to have an effect on the levels of newly made proteins and DNA, yet almost immediately blocked manufacture of new RNA.

The researchers then looked more closely at the three groups of enzymes that make RNA and found that low doses of triptolide blocked only one, RNAPII.

But the RNAPII enzyme complex actually requires the assistance of several smaller clusters of proteins, according to Liu, which required more investigative narrowing down.

Using a small gene fragment in a test tube, the researchers mixed in RNAPII components and in some tubes included triptolide and some not to see which combinations resulted in manufacture of new RNA. Every combination of proteins that included a cluster called TFIIH stopped working in the presence of triptolide.

But again, TFIIH is made of 10 individual proteins, many of which, according to Liu, have distinct and testable activities. Using information already known about these proteins and testing the rest to see if triptolide would alter their behaviors, the research team finally found that triptolide directly binds to and blocks the enzymatic activity of one of the 10, the XPB protein.

To convince themselves that the interaction between triplotide and XPB is what stops cells from growing, the researchers made 12 chemicals related to triplotide with a wide range of activity and treated HeLa cells with each of the 12 chemicals at several different doses.

The findings have been published in the Nature Chemical Biology.

Rhodiola rosea (arctic root or golden root) is a medicinal herb that offers health benefits like ...