Antibody That can Counteract Broad Range of Flu Viruses Identified 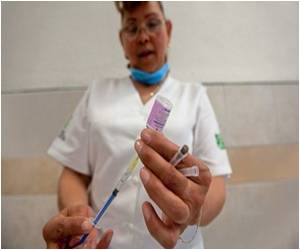 Scientists have discovered the crystal structure of a human antibody that can neutralize influenza virus in a unique way.

The antibody recognizes the crucial structure that flu viruses use to attach to host cells, even though previously this structure had been thought too small for an antibody to grab effectively. The immune protein manages to hit this precise spot by using just a small part of its target-grabbing apparatus. In so doing, it can neutralize a broad range of dangerous flu viruses.

"This highly focused binding to the receptor binding site using only a single loop on the antibody has never been seen before, and it's really fascinating; it gives us some good ideas about designs for vaccines and therapies," said Ian A. Wilson, the Hansen Professor of Structural Biology at Scripps Research.


Wilson was senior investigator of the study along with Ramesh R. Bhatt of Sea Lane Biotechnologies.

Sea Lane Biotechnologies, advised by Richard Lerner, the Lita Annenberg Hazen Professor of Immunochemistry at Scripps Research, began by collecting bone marrow from patients who had been exposed to certain key strains of flu.

Influenza (or rather, the flu) is a cold weather infectious condition that affects the young and old alike. Though most reported cases are mild, the flu can sometimes cause severe and life-threatening complications in both children and adults, thanks to wrong medications and improper vaccinations. Learn more about the disease from our Flu Quiz and guard yourself and your family from a poss
Advertisement
Because the bone marrow is a "fossil record" of all the antibodies a person has ever made, those at Sea Lane felt confident that the antibodies they were looking for would be there. Sea Lane's efforts even went as far as to include advertised appeals on Craigslist for individuals who had certain strains of the flu. Using the internationally and locally collected bone marrow, Sea Lane generated a "comprehensive flu library" of billions of antibodies.

Sea Lane Biotechnologies scientists, led by Bhatt, isolated the unusual new antibody, which they dubbed C05, by screening this enormous library for antibodies that could bind to proteins from a variety of influenza A viruses-the most dangerous family of flu viruses.

C05 also protected cells in the lab dish from infection by these viruses. In mice, relatively low doses of C05 prevented infections despite influenza A exposures that would have been lethal. The antibody worked as a therapy, too, rescuing 100 percent of mice when administered up to three days after a flu infection had begun.

Further tests revealed a curious property of C05. Almost uniquely among broadly neutralizing antibodies against influenza A, it specifically recognizes and blocks the part of the flu virus that mediates viral attachment to host cells. Known as the "receptor binding site" (RBS), this viral site is located on the heads of viral hemagglutinins, spiky structures of sugar and protein that coat the viral envelope.

The RBS is a key functional site on flu viruses and is relatively exposed to the immune system compared to other viral regions. It would be an ideal target for antibodies, except that it is quite small compared to an antibody's usual grip area.

An antibody binds targets using two arm-like structures, each of which has six protein fingers or loops. To get a good grip on the flu RBS with some or all these loops, a typical antibody has to grab not only the RBS, but also some of the surrounding structures in the head, which vary from one flu strain to another. Thus, an antibody that does get a firm grip on this region for one flu strain generally will lose that grip once the strain mutates.

"This is why universal flu vaccine strategies in recent years have been focused more on the hemagglutinin stem than on the head," noted Damian C. Ekiert, formerly of Wilson's laboratory at Scripps Research and now of University of California, San Francisco.

Ekiert was first author of the paper with Arun K. Kashyap of Sea Lane Biotechnologies.

Wilson's laboratory specializes in the use of X-ray crystallography and other techniques to determine precisely where and how such antibodies bind to their viral targets.

Using these methods, his team found that C05 effectively avoids grabbing the hypervariable regions around the flu RBS. Instead it uses a single elongated protein loop to reach in and make a "one-handed"-or "one-fingered"-grab of the RBS itself. The antibody apparently works best when two of these active loops, one on each arm, grab two viral RBSs on separate hemagglutinins.

"It looks like these antibodies need to cross-link two hemagglutinins to have maximum effect," said Wilson.

The RBS has such an important function that it does not change much from strain to strain-and thus C05 can neutralize a broad range of dangerous influenza A viruses, including H1, H2, H3, and H9 subtypes.

The fact that C05 can make such a precision grab suggests that it and perhaps even more potent antibodies could contribute to antibody-based therapies for severe influenza infections. A universal flu vaccine also might be significantly more effective if it could be designed to elicit such antibodies in people.

"If we can figure out how to induce this sort of antibody in a vaccine, we would have something that's very useful," said Lawrence Horowitz, CEO of Sea Lane Biotechnologies.

Their findings were reported in the journal Nature.

Sinopril (2mg) (Lacidipine) Selfie Addiction Calculator Color Blindness Calculator Drug - Food Interactions Blood - Sugar Chart The Essence of Yoga Blood Donation - Recipients Diaphragmatic Hernia Pregnancy Confirmation Calculator Find a Hospital
This site uses cookies to deliver our services. By using our site, you acknowledge that you have read and understand our Cookie Policy, Privacy Policy, and our Terms of Use