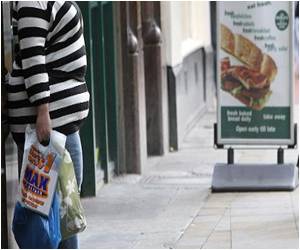 Identifying enzyme catalysts that help improve the speed and efficiency of the process can be a major boon in pharmaceutical production.
Advertisement

Jennifer G. Robinson, M.D., M.P.H., of the University of Iowa, Iowa City, and colleagues conducted a phase 3 study (LAPLACE-2) in which patients were assigned to 1 of 24 treatment groups in two steps. Initially, patients (n = 2,067) were randomly assigned to a daily, moderate-intensity statin (atorvastatin [10 mg], simvastatin [40 mg], or rosuvastatin [5 mg]); or high-intensity statin (atorvastatin [80 mg], rosuvastatin [40 mg]). After four weeks, while continuing their statin therapy, patients (n = 1,899) were then randomly assigned to compare the effect of evolocumab (140 mg every 2 weeks or 420 mg monthly) with placebo (every 2 weeks or monthly) or ezetimibe (10 mg or placebo daily, atorvastatin patients only; a nonstatin drug used to treat high cholesterol). The study was conducted at 198 sites in 17 countries.


Compared with placebo, evolocumab provided clinically equivalent percent reductions in LDL-C levels when administered every 2 weeks (66 percent to 75 percent) and monthly (63 percent to 75 percent) when added to moderate- or high-intensity statin therapy. The additional LDL-C lowering seen with evolocumab was greater than that observed with ezetimibe (up to 24 percent reduction).

Rate of Cholesterol Testing Remains Low in Children and Adolescents

Only about 3 percent are having their cholesterol tested during health visits, although some guidelines recommend lipid screening for children and adolescents of certain ages.
Advertisement
Evolocumab was well tolerated, with comparable rates of adverse events compared to placebo and ezetimibe during the 12-week treatment period.

"LAPLACE-2 is to our knowledge the first study to demonstrate that the addition of evolocumab results in similar percent reductions in LDL-C and achieved LDL-C levels regardless of stable baseline statin type, dose, or intensity, across 3 commonly prescribed statins and a broad range of doses," the authors write.

Through statin-based treatment, lowering LDL cholesterol did not slow kidney disease progression within five years in a study appearing in an upcoming issue of the Journal of the American Society of Nephrology (JASN).
Advertisement
<< Nearly 30 Percent Increase Seen in Emergency Departments Vi...
Molecule That Blocks Cancer Growth in Mice Identified >>