Antibodies Key in Trapping Pathogens in the Body 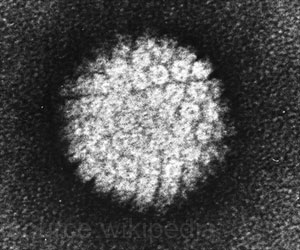 Once again, science disproves previous theories. Strong molecular bonds between antibodies and biological gels like mucus aren't necessary to catch pathogens, says study. A research team at the University of North Carolina at Chapel Hill suggests that rapid and weak interactions are much better suited to lock down foreign invaders in the body's sticky first line of defense.

"Biological gels like mucus are abundant in the body and protect every opening and exposed organ not covered by the skin," said Sam Lai, an associate professor in the UNC Eshelman School of Pharmacy. "If we can trap pathogens in mucus and extracellular matrices, we can prevent them from getting to the cells they want to infect and, therefore, prevent infections from spreading or happening altogether."

Advertisement
‘Strong attraction between antibodies and the polymer mesh of biogels would compromise the ability for antibodies to bind pathogens. ’

Mucus and other biogels are networks of entangled polymer fibers. Conventional wisdom says that it is pointless to use antibodies to bolster the ability of these gels to trap bacteria, parasites, viruses and other invaders. The attraction between antibodies (proteins that bind to and flag pathogens in the body) and the polymer mesh is just too weak.


"Many people appreciate that antibodies have a high affinity for pathogens," said Greg Forest, the Grant Dahlstrom Distinguished Professor in the UNC Department of Mathematics and a longstanding collaborator of Lai's. "Antibodies also have an affinity for biological matrices, but the affinity is very weak, so few people paid attention to it. After all, why would weak and short-lived binding matter at all?
Advertisement
"Turns out it not only matters, it makes antibodies far more effective as a third-party booster of biogel barrier properties that can protect us from pathogens far better than the biogel alone."

In their previous work, Lai's group has shown that carefully engineered antibodies could bind pathogens and trap them in mucus in the lab. However, most scientists still believe a strong attraction between antibodies and biogels, just like strong attraction between antibodies to pathogens, to be essential for a strong defense. The UNC researchers explain that weak binding is actually better in an article published in Nature Communications.

"The paradox is caused by the fact that strong attraction between antibodies and the polymer mesh of biogels would actually compromise the ability for antibodies to bind pathogens" said Jay Newby, a postdoctoral fellow in the UNC mathematics department and co-first author of the study. "Weak antibody-matrix interactions allow antibodies to quickly accumulate on the pathogen surface, where the collective antibody-pathogen complex could then become trapped in the polymer mesh."

It's like looking for a parking spot in a crowded lot, Lai said.

"If all the cars park for hours on average, then it is going to be very difficult for a new vehicle to find a spot. That's strong binding," he said. "But if each car is only parked for a minute or less, then you'll have no trouble finding a spot. That is how weak binding works. Rapid and weak interactions means the antibody-pathogen complex has a greater chance to get stuck -- or 'park' -- before it can make its way through the mucus layer."

Jennifer Schiller, a graduate student in the Lai Lab and co-first author of the study, said providing the body with the proper antibodies is the key.

"You can think of antibodies as messenger molecules that help the body recognize what is foreign," Schiller said. "They're a critical part of the body's immune response."

Antibodies are proteins that recognize and bind to invaders, making it easier for the body's immune system to deal with them. The right antibodies can bind with a pathogen and then also bind with a biogel like mucus, effectively trapping the pathogen until it is removed by the body's systems.

"That's the game: immobilize the pathogen long enough for the barrier that it's caught in to be cleared naturally," said Schiller.

This work advances our understanding of basic immunology and demonstrates that the appropriate antibodies could prevent the spread of infections that are already present in the body by trapping them in mucus and other biological matrices, Lai said. This work will allow scientists to engineer better antibodies to trap a variety of pathogens, even sperm, for prophylactic and therapeutic applications.

Lai's work has spun off a company, Mucommune, which is working to engineer antibodies that can be applied topically to prevent diseases at the infection site. Currently all antibodies used to treat patients are given systemically to treat conditions such as autoimmune disorders and cancers. One example of an antibody drug that works systemically is Humira, which is used to treat rheumatoid arthritis and other conditions.

"Nurses and doctors could get a daily nasal spray containing antibodies against a diverse array of flu strains," Lai said.

Computer-Based Antibodies to Treat Alzheimer's Disease
Antibodies specific to certain regions of antigens without causing inflammation have been designed ....

Natural Antibodies: Potential Cure of Zika Virus Identified
Natural antibodies have been identified in the blood of people infected with Zika, that will help .....

Autoantibodies - New Cause For High Plasma Triglycerides Identified
Hypertriglyceridemia is a condition that causes high triglyceride levels in the blood. ......