Antibiotic-resistant Superbugs Could Take Us to 'Pre-Penicillin Era': WHO 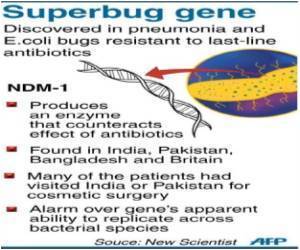 The rise of antibiotic-resistant superbugs threatens to take us to pre-Penicillin era where even the smallest infection could be deadly, the World Health Organisation has warned.

The overuse and misuse of antibiotics, which is leading to 'unprecedented levels' of resistance, and a lack of development of new drugs means we could see current treatments become useless, reports the Telegraph.

Already 25,000 people die each year from superbugs in Europe and there are a number of bacteria, which are now resistant to all drugs.


That figure will increase to ever-greater numbers unless new more powerful antibiotics are developed and we stop overusing antibiotics.

"Antibiotics are a precious discovery, but we take them for granted, overuse and misuse them," said Zsuzsanna Jakab, WHO director for Europe.

Did u ever think that bacteria are capable of speaking their mind? Well, it appears that they certainly do!
Advertisement
"There are now superbugs that do not respond to any drug. We need to raise the alert that we are at a critical point in time where antibiotic resistance is reaching unprecedented levels, and new antibiotics are not going to arrive quickly enough," she said.

The WHO said abuse of antibiotics for humans and use in animals was fostering the emergence of antibiotic resistance and threatening to take the world to an era before the discovery of penicillin in the 1920s.

The problem is exacerbated because drug companies are put off from developing new antibiotics because they are not profitable enough.

Typhoid and Paratyphoid Enteric Fevers are caused by bacteria called Salmonella typhi. Causes, symptoms, diagnosis and treatment of Typhoid and Paratyphoid Enteric Fevers are discussed.
Advertisement
Advertisement
This site uses cookies to deliver our services.By using our site, you acknowledge that you have read and understand our Cookie Policy, Privacy Policy, and our Terms of Use  Ok, Got it. Close
×

Antibiotic-resistant Superbugs Could Take Us to 'Pre-Penicillin Era': WHO Personalised Printable Document (PDF)